Wieden & Kennedy London is to shut down its office and take to the streets of London tomorrow (20 September) in support of the Global Climate Strike.

Staff will join children who are taking the day off school to protest about climate change on #FridayForFuture.

In a blogpost on its site, W&K said that, while it had stayed "mostly on the sidelines", it wished it had not. The agency will now join "thousands of organisations like Patagonia, Lush cosmetics and Ben & Jerry's" to close its doors and join the strikers.

"Along with them, Wieden & Kennedy London will be closing to allow as many people as possible to join the Global Climate Strike," the blog reads. "We hope you understand. And it’d be even better if you joined us."

Global Climate Strike is being led by Swedish campaigner Greta Thunberg and is backed by organisations including Campaign Against Climate Change and the UK Student Climate Network. It comes three days before a United Nations climate-action summit taking place in New York.

W&K said in the post: "The scientists know it, politicians know it, business knows it, even the Kardashians know it. We are in the middle of a climate and ecological emergency. This isn’t some far-off maybe-one-day future thing. The planet is on fire. Right now. And the consequences are beyond catastrophic. Yet most of us continue to act like it’s business as usual."

More than 100 independent and network agencies have come together to support "Create and strike", including Publicis, Omnicom, IPG, Cheil and Accenture. The group is calling on the entire UK ad industry to support the cause and take time out of work to march on Friday. However, WPP is notably absent from participating.

Clear Channel has donated digital out-of-home space to carry visuals created by the initiative at various locations across the UK, including London, Cardiff, Bristol, Oxford, Newcastle and Liverpool.

Meanwhile, AR specialist Unit9 has created an augmented-reality effect that will allow strikers to use their smartphones to overlay London's Trafalgar Square (see below), where the strike congregates, with apocalyptic imagery. It will also augment co-strikers virtually, donning them with gas masks. Unit9 worked with MyLiaison on the project. 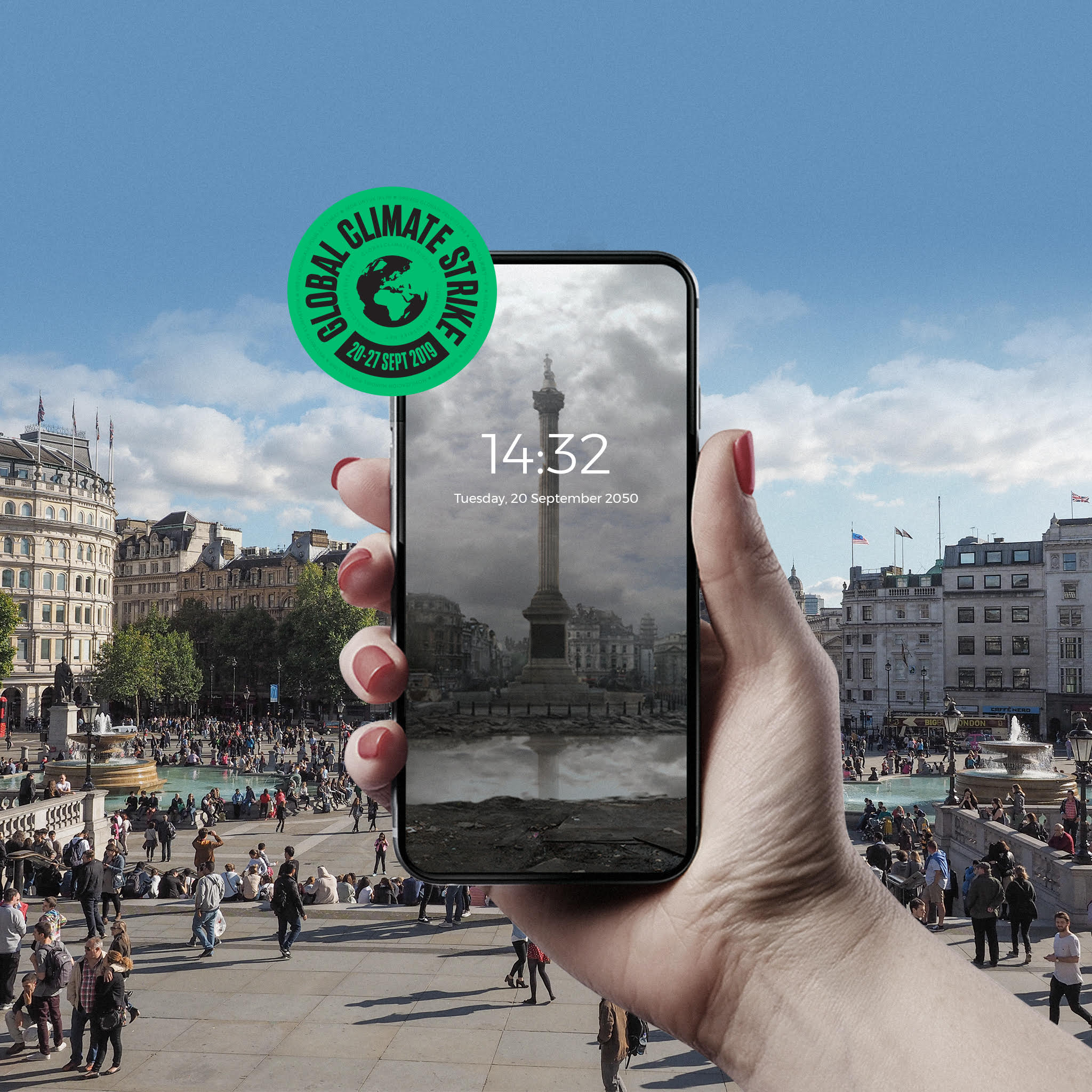 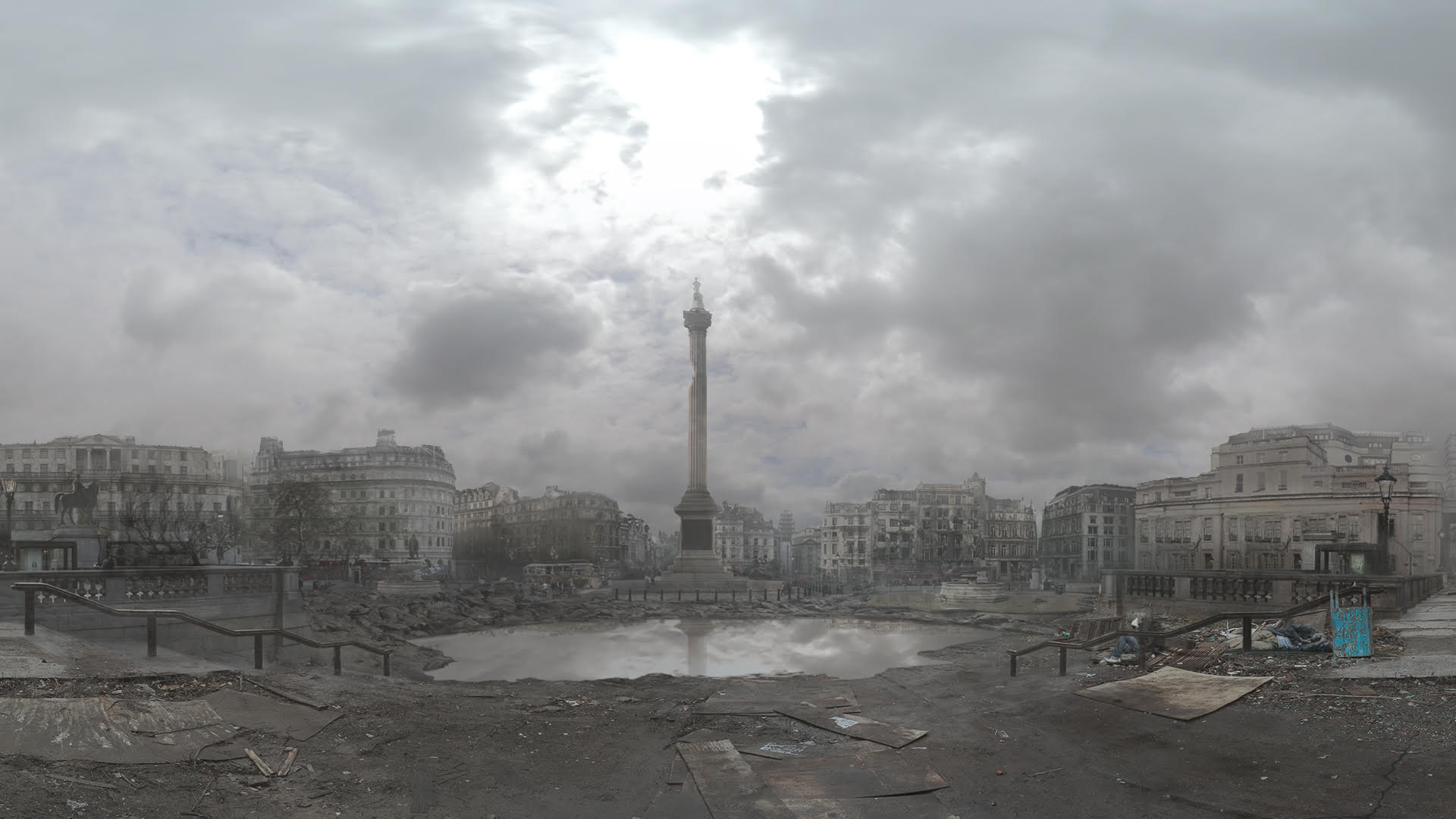 Elsewhere, Create and Strike hosted a workshop at London's Tate Modern on Wednesday, inviting creatives to make signs and placards for the Global Climate Strike. More than 100 people from various agencies attended. Clear Channel has also donated digital out-of-home space to the cause.

Earlier this month, Campaign reported that leaders from 32 agencies were signing up to "Create and strike" to support the strike. They signed an open letter calling on the ad industry to support action against the global climate crisis.

Clear Channel doubles down on green investment with 'Platform for good'