Among the plethora of announcements at Apple’s Worldwide Developers Conference in June was the introduction of a news application. Apple is to abandon its four-year attempt to dominate digital editions of magazines and newspapers through its Newsstand platform. Instead, the tech giant is going to have a go at aggregating editorial content itself.

The Apple News app arrived as an automatic download with the iOS 9 operating system last month. It gives users access to content from publishers such as ESPN, The New York Times, Condé Nast, Time Inc and the Daily Mail all in one place. Readers can select publishers or channels as "Favourites" and are served articles based on what they have previously read.

The service is offering publishers a couple of things to lure them in. They retain ownership of their content and control over its design. Publishers also get to keep all of the advertising they sell alongside it. Apple will sell unsold inventory, for its usual fee of 30 per cent. ComScore has also said it will include any views via Apple News within publishers’ numbers, soothing any worries about cannibalisation. Media owners can also continue publishing their apps outside of Apple News.

Apple News arrives at a potentially pivotal time. Newsworks has found that 85 per cent of smartphone users, or more than 25 million people in the UK, access news brands on their phone. After a year of rumours, Facebook has just launched its news offering, Instant Articles, with publishers such as The New York Times and BuzzFeed on board. Instant Articles keeps the user inside Facebook, putting publishers in a position that has been described as "serfs in a kingdom that Facebook owns".

When Newsstand launched in 2011, it had only been a year since the release of the iPad and the assumption was that tablets would be the saviour of print publishers. Apple hoped Newsstand would become the digital destination for newspapers and magazines. In the four years since, the platform has hardly changed, while the media environment around it has been transformed, offering readers myriad ways to access editorial content. But if there is one company you don’t expect to stay on the back foot for long, it’s Apple.

Vanessa Clifford, deputy chief executive, Newsworks
"Apple News is an evolution, giving consumers the opportunity to experience news content easily and in an ever-more personalised way from a range of trusted sources, and giving publishers a new route to engage their readers." 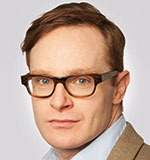 Rob Lynam, head of trading, MEC
"Only if Apple can improve the editorial experience. It has created a beautiful reading experience, but the app struggles to discern between the relative importance of stories – leaving readers wondering if they are really getting the news." 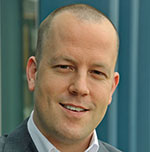 Mike Newcombe, director of mobile advertising, Time Inc UK
"Until Apple gets publishers at scale building in the Apple News prescribed layout and Apple’s algorithms have time to decipher the data to surface the most relevant content, users will need to be patient to reap the real rewards." 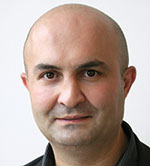 Omaid Hiwaizi, president, global marketing, Blippar
"Apple News is attempting to reinvent news rather than port a paper experience on to a mobile device. If Apple News learns what I want to know and fulfils it, and the content partners can move with the times, it has the chance to redefine news."

What does Apple's move to potentially disband its iAd sales team mean?

Will YouTube Red pack a punch against Apple Music?

Apple allows use of ad-blocker that prevents ads in apps