What does the end look like for the traditional creative agency? Is it a slow fade into obscurity? A growing irrelevance? A sudden, big bang? Or is it the sight of David Jones in Cannes, clad in white, going shopping with $350 million?

It would certainly be a surprising sign of the apocalypse. But adland should pay attention to the former Havas chief executive’s vision for his new "brand tech" group because, if successful, it has the potential to kill off creative shops.

Jones has amassed a significant war chest of $350 million to set up a global company called You & Mr Jones to build brands using technology. He explains: "Clients know they need a new model. At the moment, they either go to tech companies that are good at tech or comms companies that are good at brand – but no-one can deliver both at global scale. That’s what we’re setting out to do. It will be a different and new way of delivering creativity for brands."

The money has come from six unnamed investors "with pretty deep pockets" who are tied in for five years. Jones has already spent 10 per cent of the funding on Mofilm, as well as minority stakes in Pixlee, which collects user-generated pictures for brands, and the digital media brand Mashable.

Further acquisitions are expected in the next month.

It is hard to get a handle on exactly how the new proposition will work for clients. Jones himself admits the group is "still in what the Americans call ‘beta.’"

You & Mr Jones aims to take advantage of the "unbelie­vably explosive growth" in mobile and the fact that smartphones have enabled anyone to create and share content globally in a way that was unheard of a decade ago.

Jones says the business also wants to capitalise on client frustration that they are being sold a flawed model that charges a fortune for commodity (ie. people’s time) and gives the added value (that is, the business-changing creative idea) away for free.

Of course, another motivation is that tech businesses are valued at dramatically higher multiples than communications groups.

"We’re not saying that what creative agencies do is not important, but you do not need a 300-office global ad agency network in the future," Jones points out. "There’s a massive opportunity for a new global group that builds brands better, faster and cheaper using technology."

End of the creative department?

It’s the word "cheaper" that should make creatives worry. Crowdsourcing may well offer a "potential creative department of over a billion people" who can create content on their smartphones, but to believe that they are better than, or at least just as good as, experienced creatives would severely undermine the craft of advertising.

Of course, Jones is not claiming that everyone with a phone is a brilliant content creator. But neither, he argues, are they all amateurs.

"There is an entire generation that has already created more content at 21 than most senior creative people," he says. "They art direct on In­stagram, copywrite on Twitter, shoot and edit a video and share it on YouTube.

"Five per cent of the world are creative geniuses. There will always be huge demand for them and we would like to hire them. But 95 per cent don’t deliver much that is original or fantastic. I’d rather have a fast, efficient machine than a slow, grumpy creative person with a massive ego."

Jones brushes off the suggestion that he is trying to disintermediate ad agencies, but that is essentially what businesses such as Mofilm do. By offering a stripped-back service in the middle, it helps brands refine briefs, distributes them to its network of more than 30,000 independent film-makers, then helps the client select the best submissions. No lumbering ad agency in sight. Coca-Cola, Google and Unilever already work with Mofilm.

It’s a threat that adland should be taking seriously.

As Dylan Williams, Publicis Worldwide’s global chief strategy and innovation officer, says: "The single biggest challenge to our industry is future-proofing the relevance of an agent. Disintermediation is a bigger threat than the fact we sell man-hours or that people are increasingly able to avoid what we produce. If Jones’ business is about helping brands go direct to consumers via tech companies, it’s one to watch."

Jones says he is not setting out to attack adland, nor is he predicting the impending doom of ad agencies. "I loved my time in the industry," he says. "I think the big ad agency groups will continue to do very well for the next few years." But not in ten years? "I think that’s the real question."

The ethics of disruption

You & Mr Jones will always have a limited headcount – perhaps 2,000 once it is fully formed. "We’re not going to have 120,000 people because I think a lot of what is offered now is a commodity service.

And if you are doing commodity, you are better doing it through technology," Jones explains.

But while technological disruption can be heralded as progress, it can also come at a heavy human cost. Just hours after Campaign’s interview with Jones took place, French taxi drivers initiated violent demonstrations to protest against Uber.

What are the ethics, then, of launching a business that, if successful, could destroy people’s livelihoods and eliminate jobs? Particularly for someone who has long been a vocal advocate for socially responsible business?

Jones points to the number of people who are employed by companies such as Google, Facebook and Twitter, suggesting that a big "brand tech" industry will have evolved within a decade. "I don’t think the logical extension is that, if we’re successful, the industry declines," he counters.

He also believes You & Mr Jones will open up opportunities for people – democratising creativity, if you like.

"I’m a big believer in people-powered marketing being a much better, smarter model than the old legacy model, where you could only create if you were one of the 10 per cent of the agency that were in the creative department," Jones says.

"In fact, if anybody outside of that 10 per cent had an idea, it was automatically the dumbest idea on the planet. Even the creatives only got to create if a brand paid them to create.

"Rather than destroying jobs in the industry, the people-powered model actually creates opportunities for thousands of film-makers who didn’t have that opportunity before.

"Or, put another way, I’d rather give 100,000 film-makers $10,000 and the opportunity to create content than give one overpaid, under-talented creative director $1 million."

For Jones, the business opportunity is obvious. His advantage is starting a group unencumbered by legacy and with the financial firepower to have global scale.

Being able to buy businesses based on cultural fit and philosophical alignment could also make it easier to embed a shared mindset and collective culture than dealing with the "infighting and complexity" of hundreds of competing agencies in large holding companies, he believes.

He continues: "I think the ad industry is probably approaching its Kodak moment. What I mean is that Kodak was doing well but there was a need to reinvent.

"Fortunately, that’s not something I need to worry about any more. I have to build my new company."

How significant will Jones’ new venture be? Only time will tell, but it is certainly a business that should get creative agencies thinking. 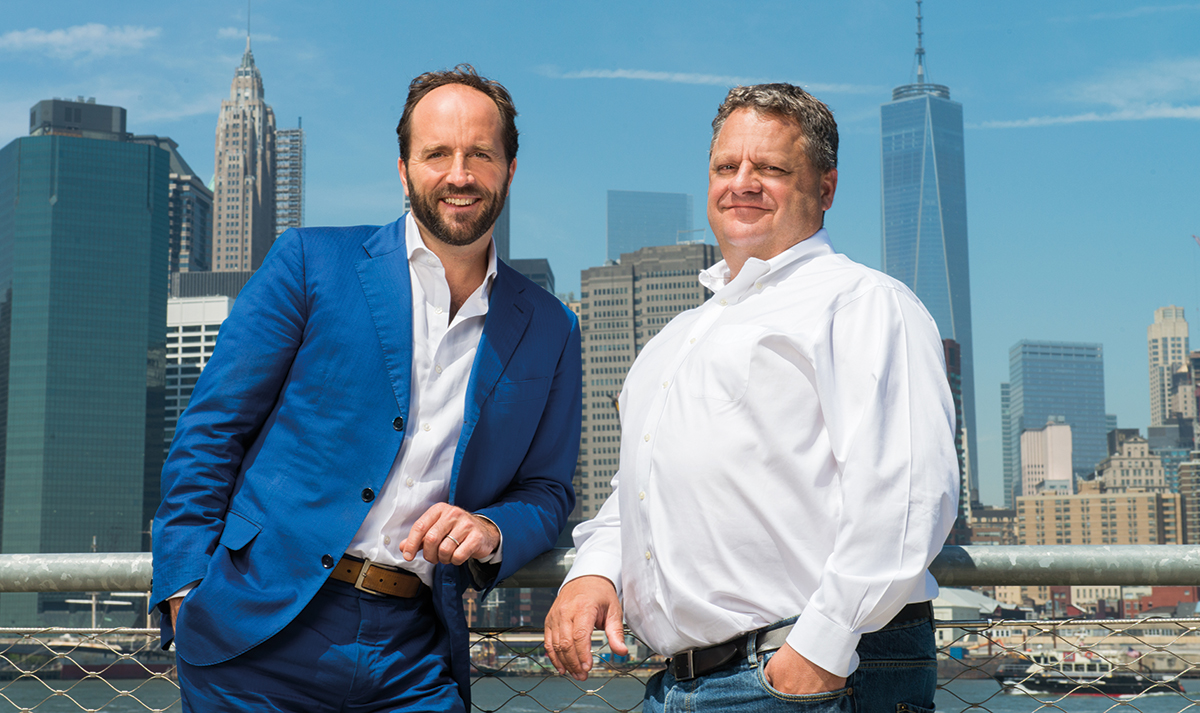 Mofilm
The company can deliver five "great-quality" videos for $125,000 chosen from a base of 30,000 independent film-makers.

Mofilm has scrapped much of the admin around the creative process. The chief executive and co-founder, Jeffrey Merrihue (pictured, above), says: "It’s a misnomer that crowdsourcing is cheaper. Certain parts are as expensive as ever but we skip certain steps that we don’t think are essential."

But he argues that the quality is just as good: "Unilever and Coke would not accept any discernible change in quality."

On why the company joined You & Mr Jones, Merrihue says: "We didn’t want to get lost in the huge administrative structures of a holding company."

Mashable
Jones praises the digital media company, which has 42 million unique monthly users, for its innovation in predictive science.

Where next for David Jones and Havas?