As the City delivered a mixed reaction to the appointment to marketer Gavin Patterson to the top job at BT, it highlighted the barriers marketers must hurdle when aiming for the biggest jobs in business, writes Ben Bold.

When it was announced that former P&G marketer and Advertising Association president Gavin Patterson would succeed Ian Livingston as group chief executive of BT, the City reeled and BT's share price dropped.

Some analysts questioned whether Patterson’s background in marketing and retail was at odds with ’s as a financial director.

In marketing circles it felt like a case of déjà vu: why is it still necessary for a marketer to justify his or her suitability for a position at the top of a company? 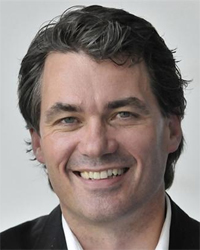 Speaking to Marketing, Patterson (right) himself insists his background makes him an ideal candidate. "Marketing is essential for any company and particularly for one such as BT which operates in several highly competitive markets around the world," he says.

His point is echoed by Tim Lefroy, CEO of the Advertising Association: "Let's be clear: BT is nothing if not a marketing-led organisation.

"It is in the process of disrupting new marketing, and making extremely ambitious plays on positioning the business as a multiple-play media organisation, and that is all about marketing leadership and having a very clear-sighted strategy."

Of course, the notion of a marketer becoming a chief executive is hardly new, with high-profile examples such as Adam Crozier, a former Saatchi & Saatchi boss who has occupied the top jobs at The Football Association and Royal Mail, and who currently resides as the chief executive at ITV.

Others high achievers include Diane Thompson,a former Woolworths marketing director who is now CEO of National Lottery-operator Camelot, and Martin Glenn, former Pepsico marketer who was boss at Bird’s Eye Iglo for six years before leaving earlier this year. And there are plenty more examples.

Yet the wariness that met BT’s succession announcement was clearly felt by the City. One analyst said that, while Patterson has "real skills in marketing and retail", he does not have the same experience as  in other areas, and that "some fund managers may be wary of him."

BT is now going into a new phase – what it needs is someone who can step up and speak marketing speak.

David Molony, principal analyst, enterprise, at Ovum, argues that it was more the nature of the announcement that shocked the City.

"It’s not ideal from BT’s point of view and was not expected and not planned for," he says. "It’s not how they would have chosen to make decisions about the most senior management. I think the reaction from analysts is about that rather than one guy being better than the other. It was a bit of shock to everyone."

Lefroy argues that it is the tough economic environment that is partly the cause of the scepticism. "An awful lot of this discussion about marketing in the boardroom is because we are in the fifth year of a recession, and in recessions the strength of finance and finance directors grows," he says.

But Molony reckons that although not ideal, Livingston and BT’s parting of ways is, in some ways, a case of good timing: " was an ex-chief financial officer who was brought in to the CEO job at a time when BT needed to regroup on the financial management side; and he got it into shape."

"But BT is now going into a new phase – broadband and sports TV and taking on Sky. What they need is someone who can step up and speak marketing speak."

It is a point on which Nevine El-Warraky, managing director of Brand Learning, concurs: "He has a deeper understanding of the BT brand and the equity in it and how that equity can be used to build its various channels."

"BT wants to take part in shaping the media landscape, it’s looking to become a serious player in the industry. BT now faces a different challenge to just selling commodity and Patterson has an understanding of how to bring all BT’s brands together."

Companies can't take loyalty for granted so building a respected, recognised and trusted brand is vital and the best companies recognise that at board level.

Whether or not he can lead BT triumphantly into new multichannel pastures will become apparent after he takes up the CEO mantle in September.

"I think he's tough," contends Lefroy. "The step into ‘C-Suite’ is a big transition, but he's a smart guy and he's an assiduous planner, is very clear what he wants, and works very hard. I think he's got a very good chance."

Patterson is also confident of his chances of success. As the CEO of the ’s largest telecoms group, he remains a strong advocate for marketing at board level.

"Companies can't take loyalty for granted so building a respected, recognised and trusted brand is vital and the best companies recognise that at board level," he says.

"Having said that, CEOs have to demonstrate a far wider range of skills and so marketing is just one string to a CEO's bow."