Ben Bold reports on a Brand Republic Session, co-hosted by AOL, designed to help brand marketers keep up with the pace of technological change in the industry

On 1 December at London’s Hospital Club, Brand Republic and media technology company AOL hosted ‘The Tech Revolution: an executive update on what brand marketers need to know in 2016’. It attracted a venue-filling audience of senior marketers from brands as diverse as American Express, the BBC, Heineken, Sony Mobile and WWF, and an array of speakers from across the industry. Here, Marketing covers some of the highlights of the half-day briefing. 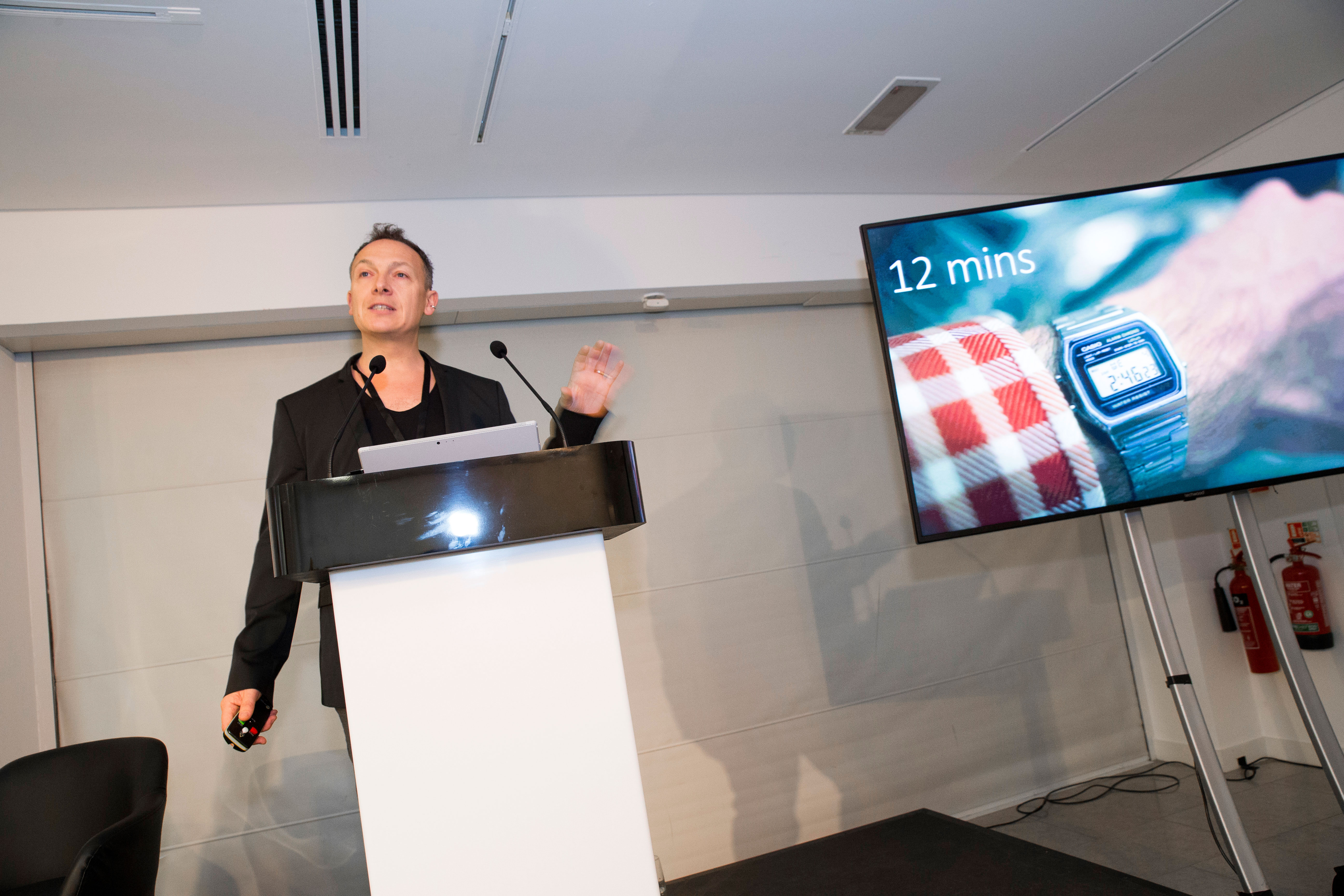 Proceedings kicked off with a look at how some marketers are containing the explosion of technology, and, in particular, big data.

Dominic Grounsell, global marketing director at Travelex and former More Th>n marketing chief, told delegates: "Like a lot of businesses in financial services and retail, we face a challenge with data. How to bring it together across all channels and how to leverage it to make marketing decisions.

"Just in terms of having our own customer data to analyse and segment – that’s a journey we’re on, so in future we’re able to target marketing in a more sophisticated way than we’re doing right now."

Grounsell was joined on stage by Nick Graham, global digital marketing director of Chinese mobile manufacturer Huawei, who cited the challenge of building databases in mainland China while complying with various international regulations. 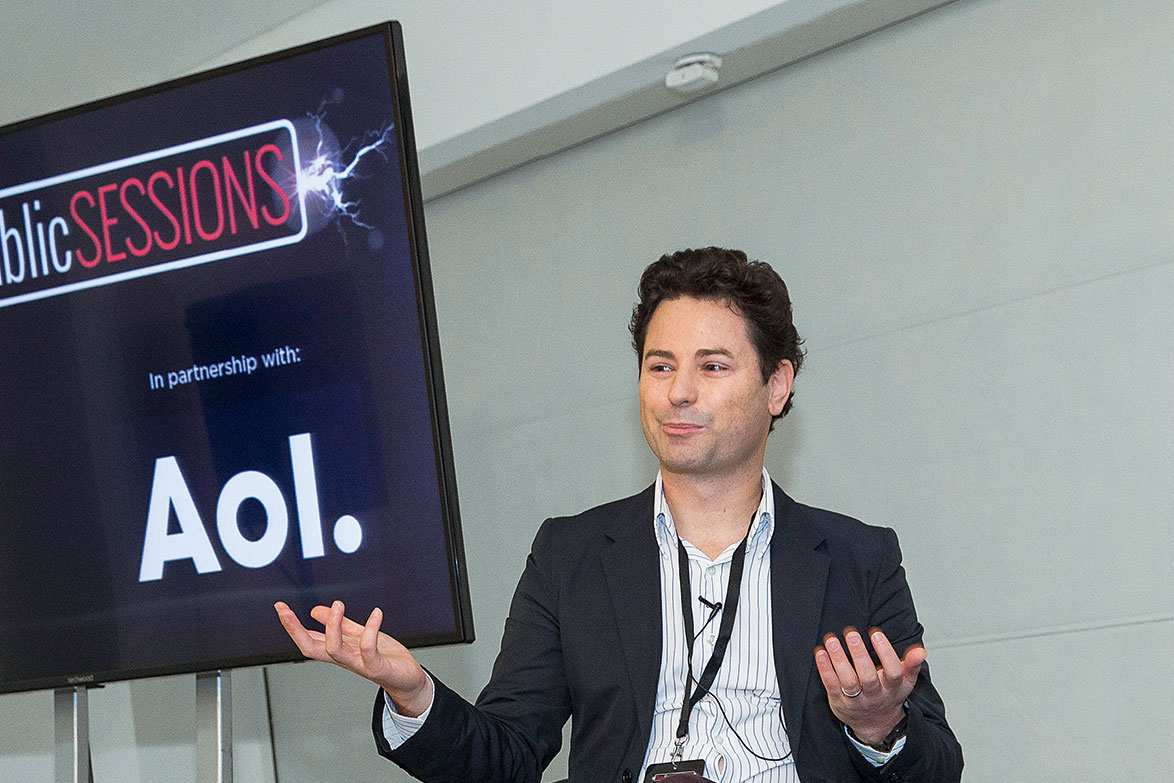 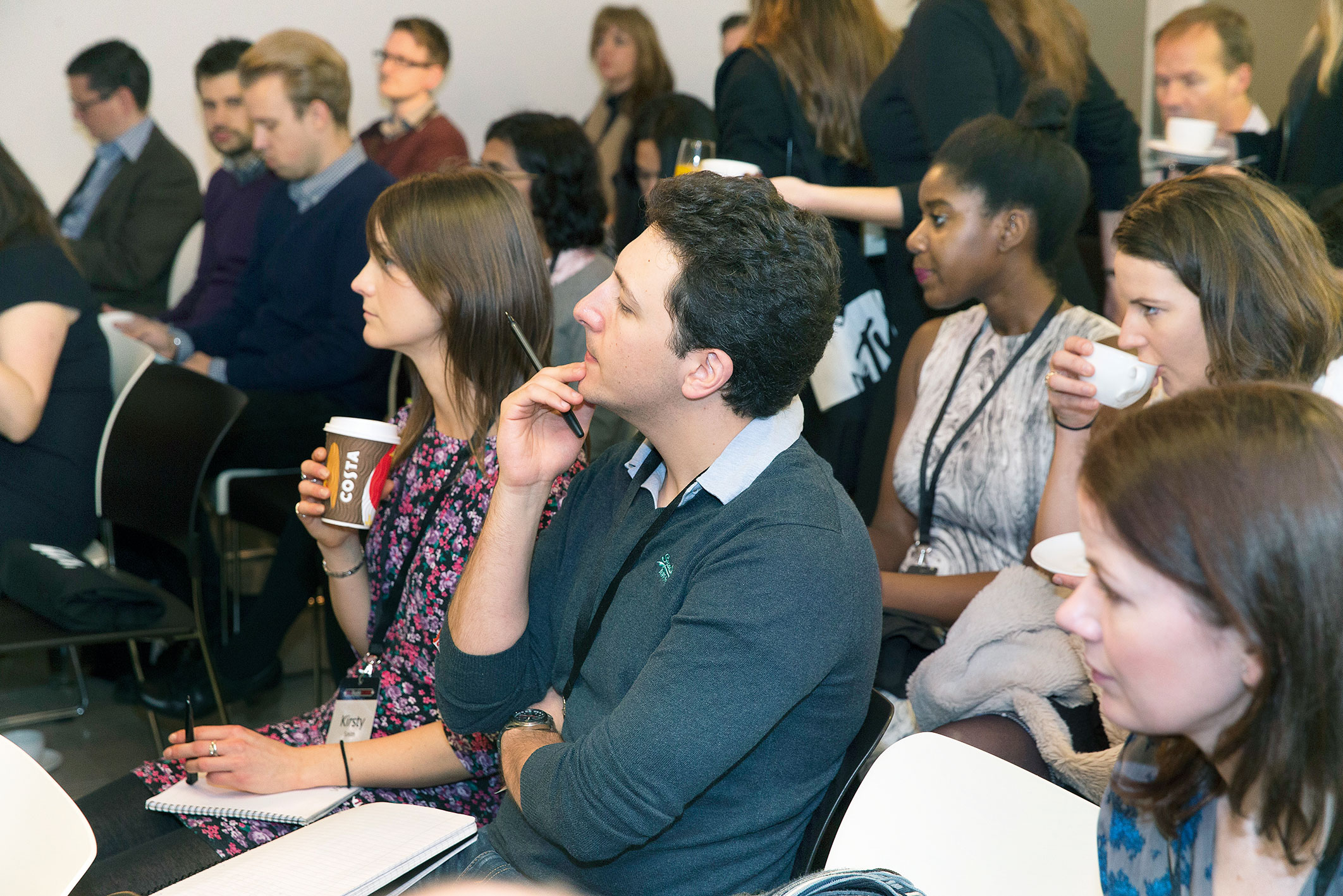 Not surprisingly, programmatic was a topic that reared its head in various contexts.

"Programmatic refers to inventory traded by ad exchanges," explained Graham. "I also like to introduce to the discussion the paid-for branded-content side, because that allows for specific targeting. There’s a lot of potential across the so-called ‘social space’; for instance, we use LinkedIn for our B2B business."

Grounsell said he had attended many marketing conferences at which programmatic is talked about in negative terms – typically centred on the notion that programmatic ad-tech specialists steal work from media and creative agencies. But he stressed that the rise of programmatic was a boon to traditional players.

"It’s less about data agencies and more about media and creative agencies working together to solve marketing problems – it’s now a world where we can test and be more agile. The ‘Trust me, it’ll work’ days are gone. It gives us confidence before we spend £10m on TV."

Both he and Graham were emphatic that this ability to test via formats using programmatic meant agencies were under greater pressure.

"We’re expecting a huge opportunity for creative agencies," said Graham. "Instead of one idea, they’ve got to do 10, so we’re seeing certain agencies maximise production."

"There’s a paradox," he said. "Speaking to my peers, I know there’s a general sense of confusion, and therefore risk-aversion. It sends us down more traditional paths with networked agencies, rather than with the more nimble ad-tech providers."

The solution? "You have to be the unreasonable customer in conversations with suppliers – to be Columbo, asking ‘Just one more thing’. We’ve had to go through the whole agency before we got to the right person. If you are buying that stuff, ask as many ‘why’ questions as you need to." 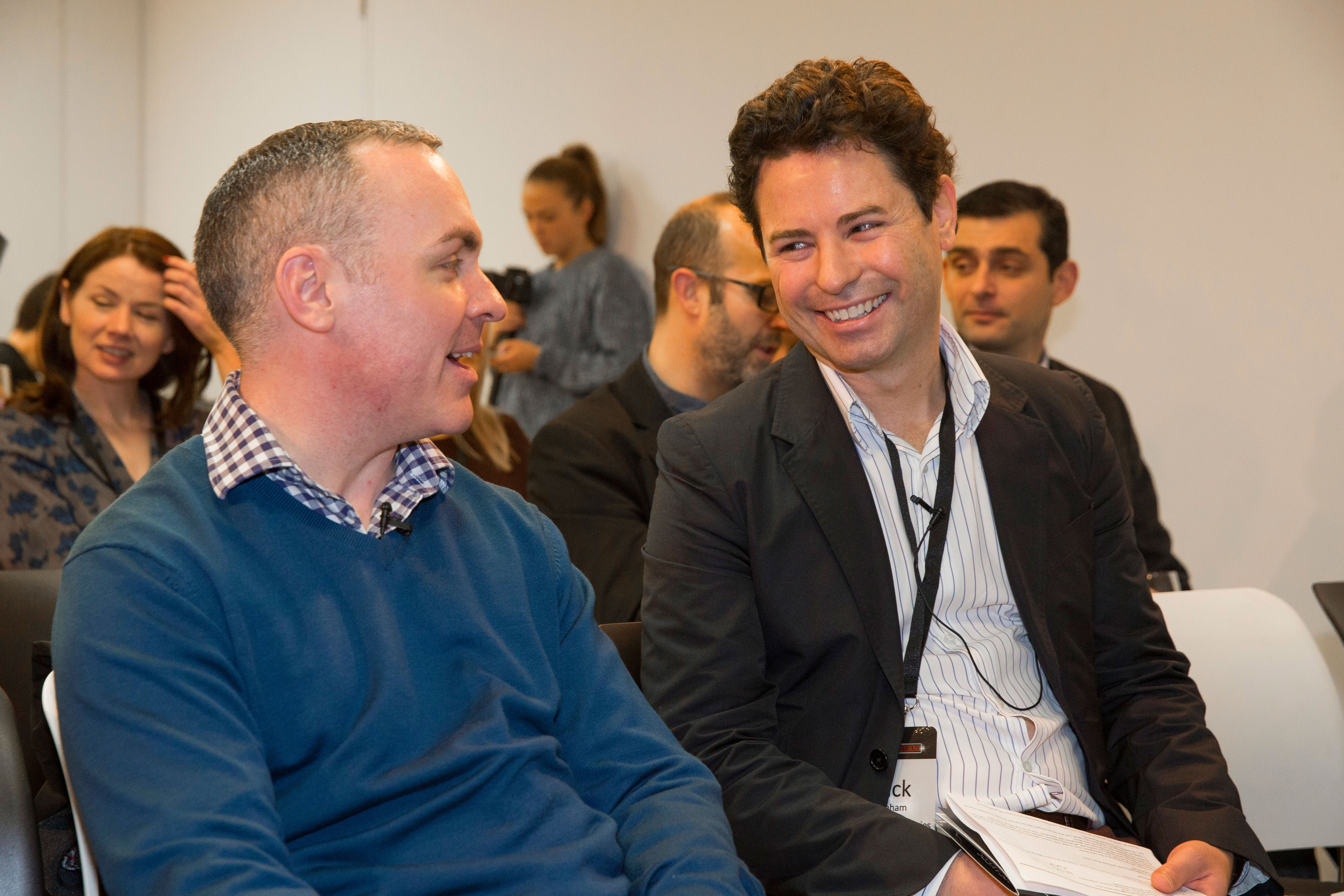 Five steps to making it personal

In a session featuring Martin Greenbank, head of advertising R&D at Channel 4, and Georgios Kolovos, GE Capital’s vice-president of marketing EMEA and Asia Pacific, the duo discussed how, the more personal marketing to customers and prospects becomes, the more powerful it can be. But they also outlined pitfalls.

Kolovos was particularly impressed by the personalisation demonstrated recently by the W Hotel he visited in Qatar. "They took personalisation to a new level," he said. "I was flying to Qatar at a time when Fulham FC were playing on a Saturday. When I arrived at the hotel, there was a printed report of the game I’d missed [as well as] a big poster saying ‘Georgios, welcome to Doha’."

But Greenbank pointed out that marketers should "tread a careful line". "Not everyone is for and not everyone is against data use. There’s a big group concerned about data, but that’s shrinking all the time."

He cited Channel 4’s work with Coca-Cola on its ‘Share a Coke’ campaign, during which the broadcaster served 1.5m ads that addressed VOD viewers by name.

"It was really important for us to put in a clickable button saying ‘Why is my name in lights?’, because we were concerned we would freak people out. A minute percentage of people clicked on that button to find out.

"If you deal with things in the right way, you don’t have to worry about it," he added. 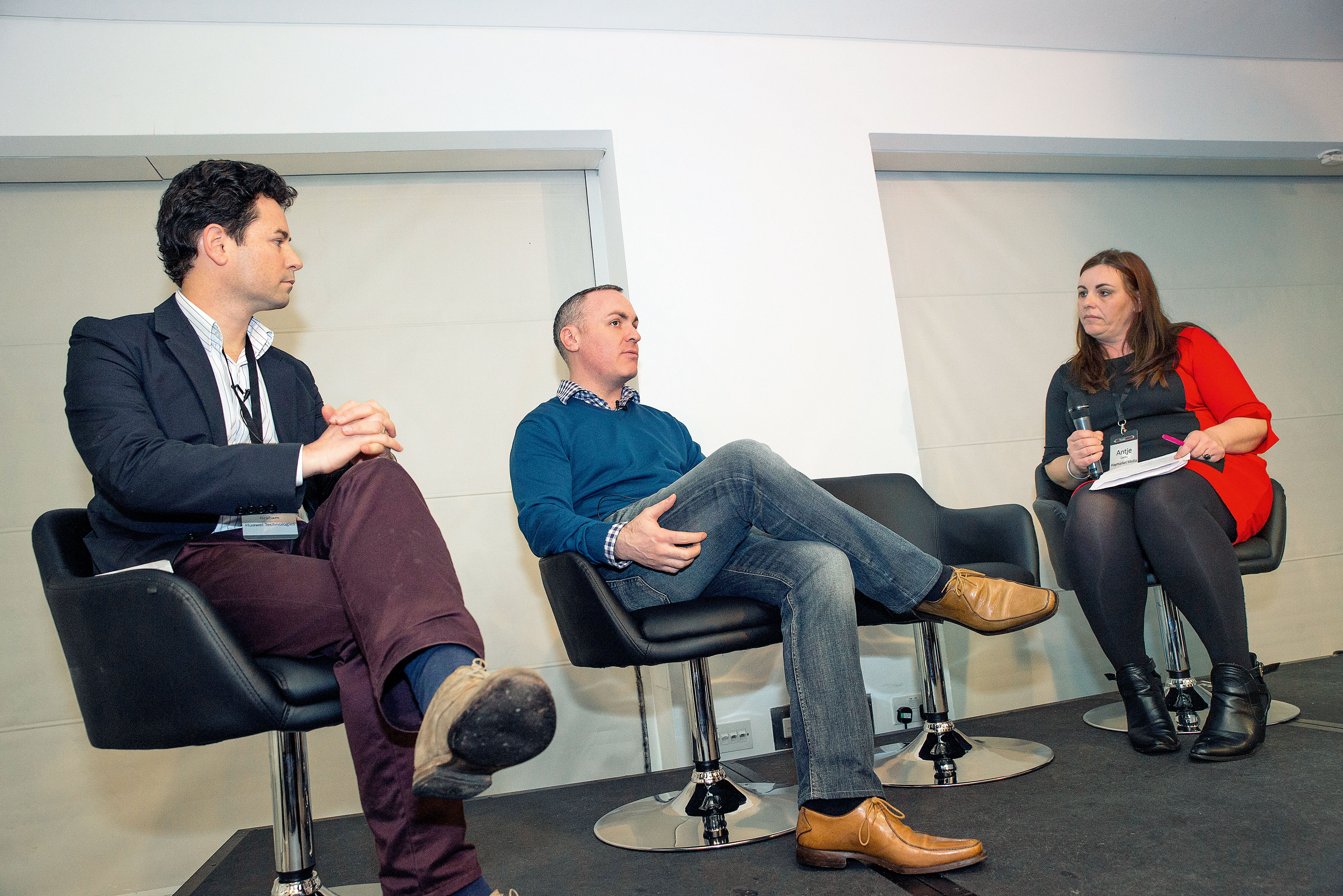 AOL calls on brands to ‘Join the Revolution’

During the morning’s AOL keynote, James Hayr, head of branded content at AOL UK, and Frazer Hurrell, creative technologist at AOL UK, took the audience through its approach to content and native advertising.

"At AOL we’ve invested hugely in the native advertising space, in terms of platforms and people," said Hayr. "Marketers have started placing more emphasis on it."

But he highlighted that content has its detractors as well as advocates. "You’ve got Dave Trott [writing in Campaign] saying that it’s not creative, and BBH saying that it’s at the heart of advertising," he said.

Hayr went on to quote BBH digital publishing director Richard Cable’s retort to Trott’s assertion that the term has rendered unimportant an idea that solves a business problem. Cable wrote: "Where advertising is a marketing communication that interrupts what you are doing (whether you like it or not), content is a marketing communication that you choose to spend time with. It’s not about being the thing people block, skip or ignore, but the thing they appreciate, seek out and share." 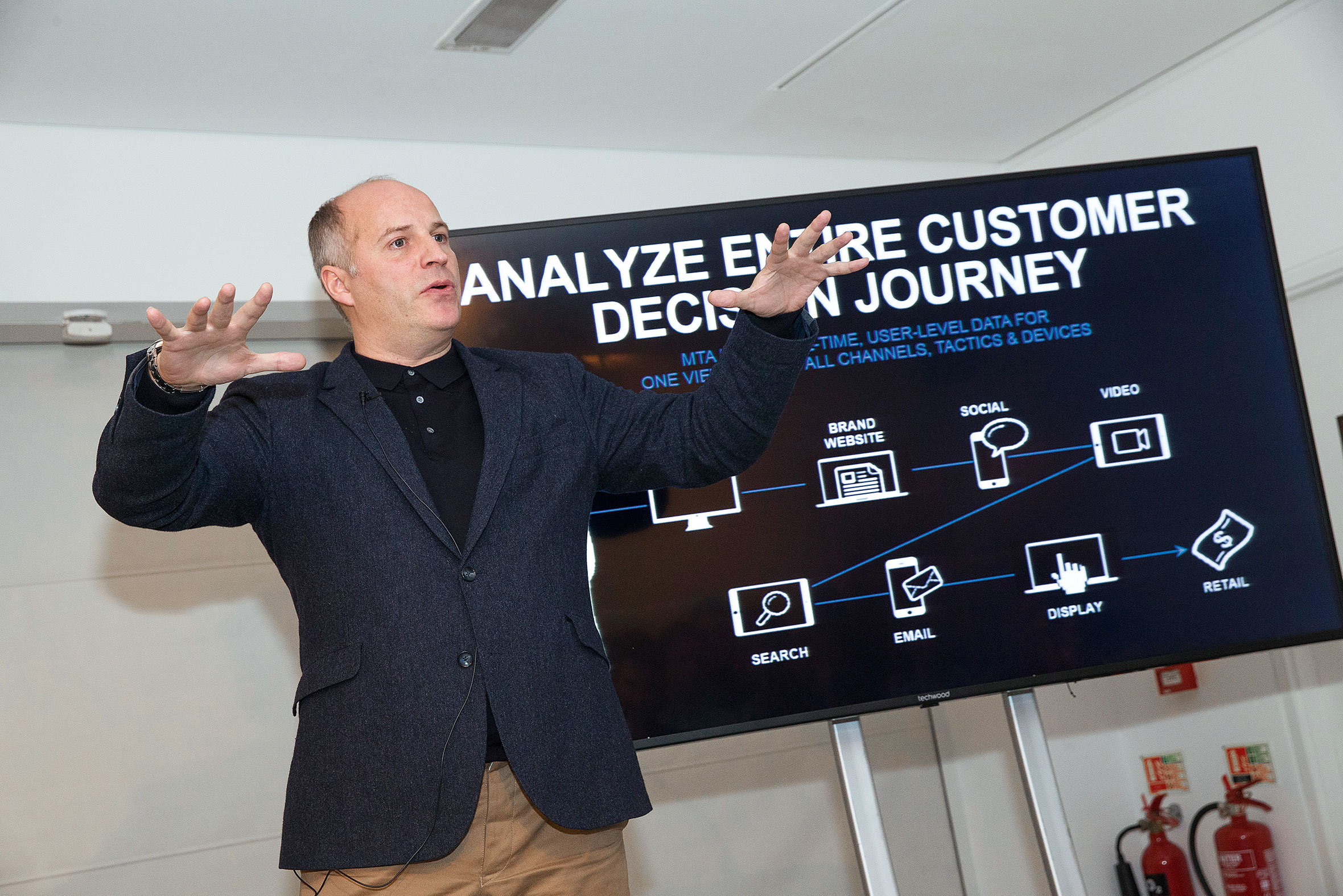 Hayr then handed the reins to his AOL colleague Hurrell, who took delegates through case studies that brought home the effectiveness of compelling content.

Among the work was the Cannes Lions gold-winning ‘Monty’s Magical Toy Machine’ campaign for John Lewis, by Hurrell’s former employer, Microsoft. (AOL took responsibility for Microsoft’s ad sales business in multiple markets following a deal last summer.) The machine used Microsoft’s Kinect as the technological heart of an in-store booth where children could see their cuddly toys brought to life.

Hurrell also outlined Microsoft’s work with Channel 4 to promote its sci-fi series Humans, which made it appear that a storefront on London’s Regent Street was housing ‘real-life’ synthetic humans. The activity carried through to channels including a Facebook page and links to Wikipedia. It gained 1.25m initial video views on Facebook and YouTube, and scooped numerous awards; Channel 4 chief executive David Abraham described the campaign as "a really good example of how we pushed boundaries of social, as a medium, to a whole new level".

More recently, AOL created an interactive Christmas campaign promoting Lloyds Bank’s partnership with Apple Pay – an extension of the bank’s ‘Love you to the stars’ TV ad. Consumers were encouraged to post video messages to loved ones online. At the campaign’s culmination on 23 December, the videos were projected live, using Web GL tech, onto a giant, physical, spiralling Christmas tree on London’s Southbank.

Hurrell said: "We had to take the underlying essence of an ad and match it with something we could do digitally."

Attribution modelling lets marketers "touch every media output point and in real-time pull back information so you can use it", giving a "deterministic strength to data", he said. "In the last 12 to 18 months, marketing’s moved from being brand-obsessive to data-obsessive." 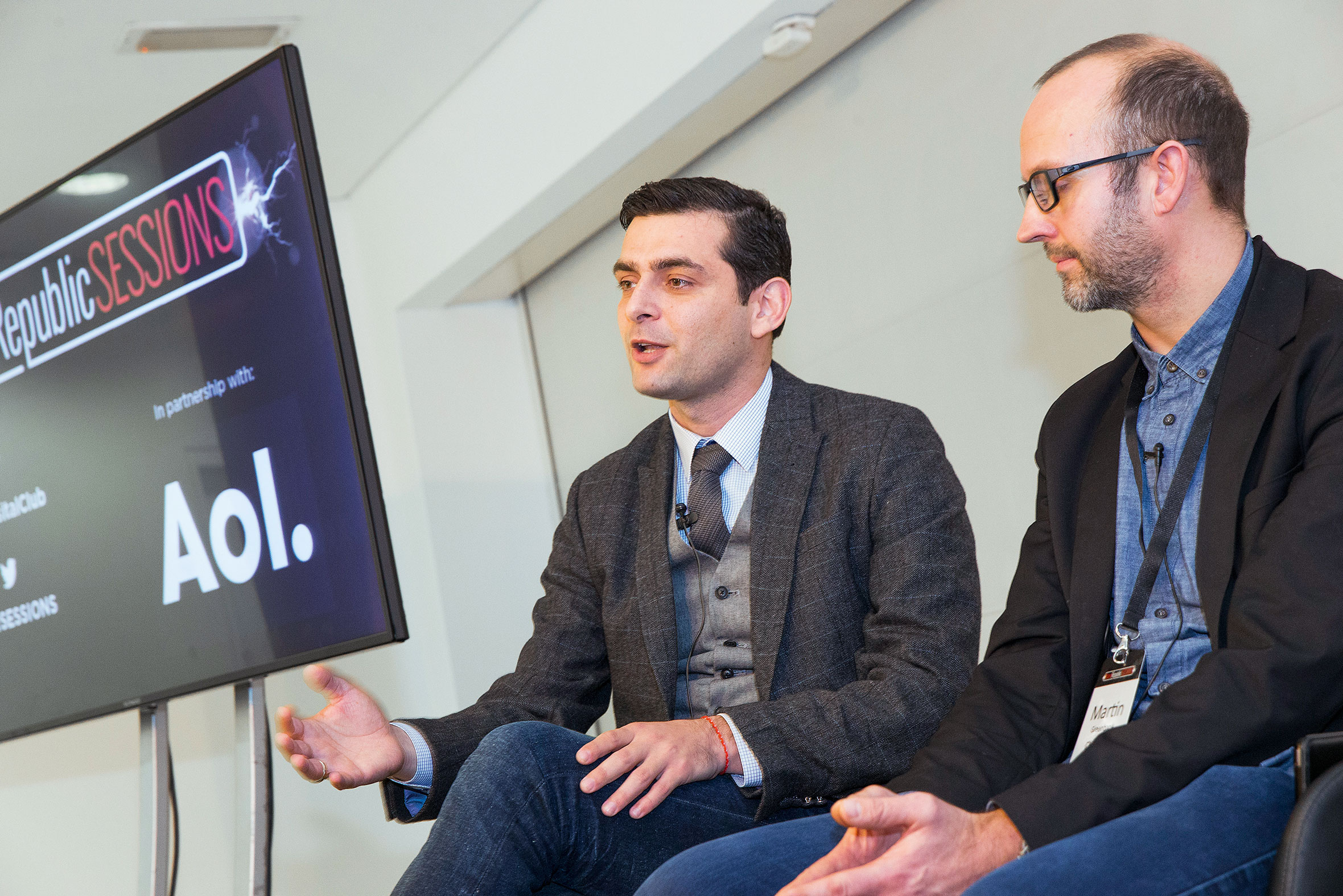 Coca-Cola's expectation-beating results credited to 'quality of marketing' ... and more

Why can't brands make every ad a 'Super Bowl ad'?

Canon rubs it in over rival Nikon's photo competition gaffe