HSBC and American Express are activating in Wimbledon queue.

The All England Lawn Tennis and Croquet Club wants the fan experience to start the moment people begin to wait in line for Wimbledon. The queue is accompanied by a mixture of out-of-home creative and activations by brand partners.

The club has worked with Space to develop out-of-home creative for the eighth year, based on 2019's tagline of "The story continues", created by McCann London.

McCann developed a trailer that shows historic moments alongside what was taking place at the tournament at the time. This concept has been translated into the ads fans will see at Wimbledon and Southfields stations, as well as directional signage, arches and decor throughout the queuing system.

Harry Kerr, marketing manager at the AELTC, told Campaign: "I think it’s important that when spectators arrive into the queue that we, as early as possible, start to enhance and give them the Wimbledon experience. Some people have camped overnight; I think once they walk through the gates, we want to create an opportunity and environment that people can enjoy. I think it’s important that we reach out to them as early as possible within that experience." 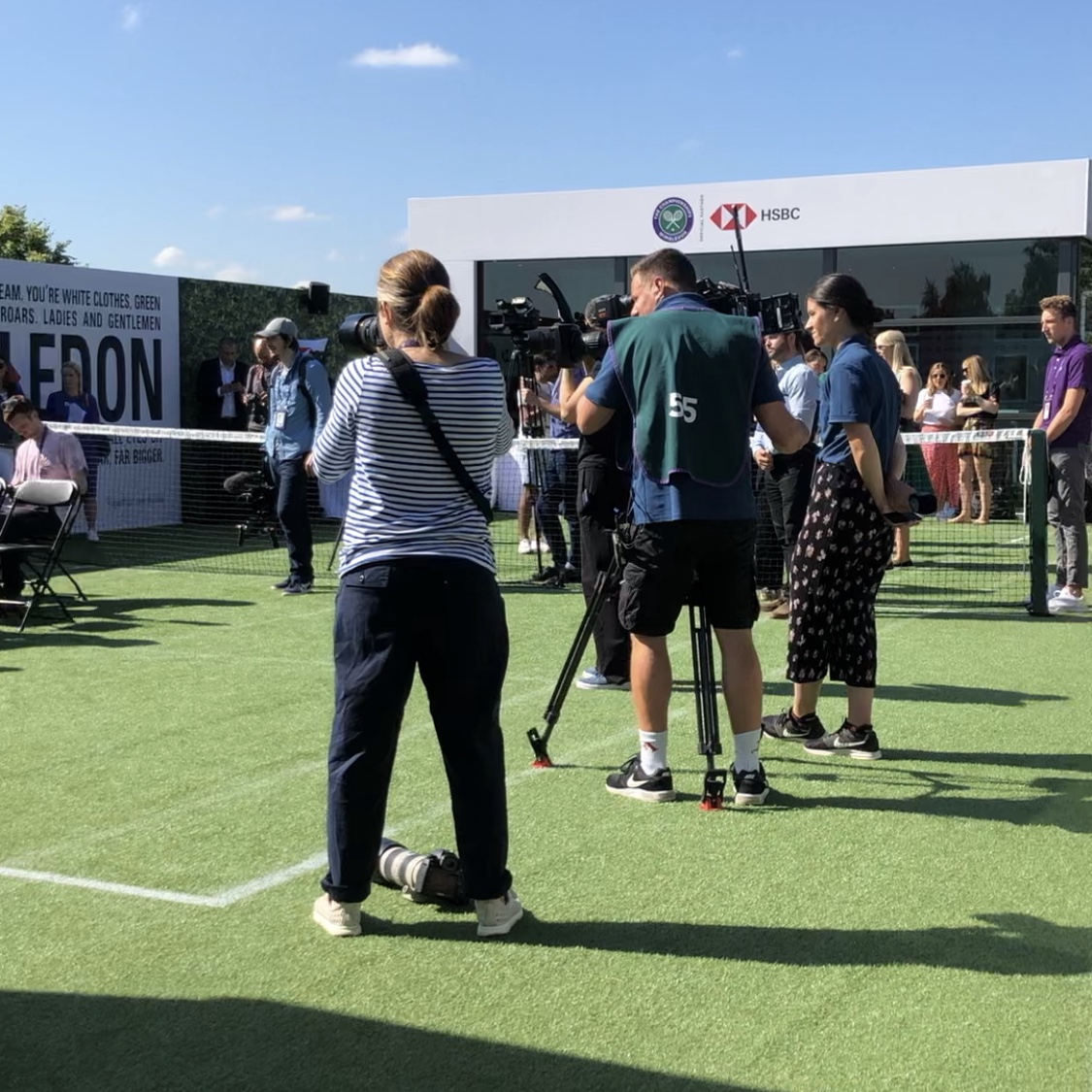 The queue houses brands including HSBC and American Express, which are activating within a Wimbledon-branded framework created by Space.

As fans enter Wimbledon Park Golf Club, which forms part of the route for the queue, they move through a recreation of the AELTC gates that can be seen on the Wimbledon site. The first activation is by American Express, which has created a photo experience where visitors can pose in a supersized seat of tennis balls.

HSBC teases its activation with screens and a soundscape. Its Court 20 experience that follows gives people a chance to show off their tennis skills. It also provides a space for media briefings and talks from sporting professionals.

Beverage partner Lavazza has a stainless steel trailer with free coffee and iced drinks avilable. New partner Oppo is using the queue to showcase new mobile devices and is providing charging stations that people who have camped overnight may be in need of. Charity partner WaterAid has a photo booth to raise awareness of its water and sanitation work.

David Atkinson, managing partner and founder of Space, said: "Most queues can be quite an unsettling experience. Here, we’ve managed to create something that allows people to feel the excitement coming along. They get goosebumps before they enter the four walls of the Championships and they can really start to build that anticipation around their day here."

Wimbledon partnerships are created to be long-standing, with Slazenger providing balls to the competition since 1902. Kerr believes that good-quality partnerships ensure a cohesive experience for fans.

Kerr added: "It's about drumming up the excitement amongst this group of people and letting them know this isn’t just going to be a mundane queuing experience. There's more to it and it's just a commitment to the people that are coming down here to Wimbledon that we want their entire experience to be of high quality."