Holler and Leo Burnett took home four awards, including the Grand Prix, for 'Like a Girl'.

'Like a Girl' swept through the Brand Republic Digital Awards like, well, a girl, as Holler and Leo Burnett scooped the prizes for FMCG, video and social as well as taking home the Grand Prix.

Check out all the winners on the Brand Republic Digital Awards results page. Our congratulations to all the winners and thanks to everyone who made the night special. How special? The collection of tweets and Instagrams below show some people got very special.

We'd also recommend checking out this feed from the Vine booth. If you're featured, don't blame us for directing people's attention to them. You all work in digital, you should know better.

And that's it for the Brand Republic Digital Awards until next year. The show's over, exit stage left. 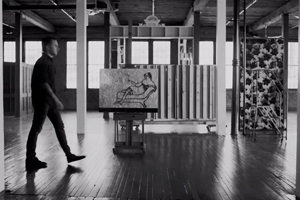 Campaign's James Swift reports on Mini's new campaign, a series of online films about people who go with their gut feelings

The first film is called "this way is my way" and is about a New York tattoo artist called Scott Campbell, who talks about the philosophy behind his art.

The idea behind the campaign by Crispin Porter & Bogusky London is to urge people in the market for a car to look past the Clubman’s spec sheet and instead listen to their gut.

As the ad world prepares itself to converge on Cannes, Campaign editors from around the globe weigh in on the state of the ad market where they are, the Cannes contenders from their regions, as well as consumer trends and lessons for brands.

Keep up with all the news from France with the Campaign@Cannes blog.

This week, Wimbledon revealed some of the new tech they're deploying. Here's the most exciting developments:

Wimbledon and drones: The club's iPad app offers an immersive, flying 360° tour of the pre-tournament grounds, shot using a drone.

Wimbledon and Watson: IBM's "cognitive system", (aka the AI which beat top Jeopardy players in 2011) will be at staff's disposal, allowing them to ask a Watson Engagement Advisor questions along the lines of "What is the capacity of centre court?" and receive tailored responses. Paired with IBM's InfoSphere Streams, which provide a steady stream of insights from the mass of data the tournament collects, expect to see Wimbledon's digital content blowing publishers' coverage out of the water.

Wimbledon and iBeacons: The technology will be tested at transport stations this year. On exiting, visitors with the Wimbledon app will receive a push message advising them where to go, based on whether they have, or need, tickets.

For a very traditional organisation, Wimbledon is showing impressive ambition, and with a recent hackathon addressing ticket re-sales, virtual queuing and sharing tickets, the brand's evolution is set to continue.

We’re just two days away from the annual celebration and to mark the occasion we’ve compiled a themed round-up of Father's Day ads and campaigns.

Our favourites have to be Dove’s 2014 "calls for dad" video, which well and truly tugs at the heartstrings - something the brand seems to do well.

We also think it’s worth mentioning Marks & Spencer’s efforts from three years ago. The high-street retailer transformed its Facebook page into a dedicated Father’s Day shop, tapping into its strong online community.

Need some more inspiration? Check out Campaign's top three Father's Day videos, and keep an eye out this weekend/next Monday on the Brand Republic website for updates on how brand's are putting dads in the spotlight.