A panel of leading event professionals discussed the issues facing women in the industry at yesterday's (6 June) Guide Live at Vue Westfield London in Shepherd's Bush.

The debate, headed up by Event’s associate editor Rachel Bull, took place during the afternoon in the venue’s auditorium. It came one week after the launch of Event’s latest campaign – Women in Events.

The interactive session emphasised a number of key issues, including women's behaviour and how they could better talk about their own achievements, as well as the challenges of returning to work after maternity leave.

Discussing how your achievements shouldn't be an ego thing, but about raising the profile of your business, Havelaar explained: "There is this inherent filter that you can apply to your own achievements, but over the years I have learnt that you should be matter of fact about it. 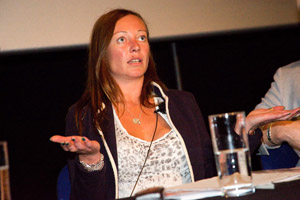 "I think mentorship at a younger age is the way around this and people like ourselves on the panel who can volunteer to take on a mentor role. It is important to make women aware that it is not about bragging about your achievements. You are just stating facts. Women should try and see themselves through the eyes of someone else."

Regarding issues with maternity leave and returning to work, the panel discussed whether it had an adverse effect on a woman’s career within the event industry.

Archer, who returned to work six days after giving birth to her son, said: "I’m incredibly ambitious but I am still a mum. I think it is possible to have both a career and children.

"A lot of people think if you are too ambitious that you are putting your career in front of your child, but it is possible to do both."

Haliwell said she took seven months off work after giving birth to her first child. At the time, she was vice president of sales and marketing for a major hotel company, managing 120 staff and hotels around the world.

"I was doing a lot of travelling and work, and I made the decision when I came back from maternity leave that this wasn’t what I wanted. Whilst I loved the job beforehand, I wasn’t prepared to do that now that I had a child. However I didn’t want to give up my career, and I absolutely still believed that I had to rethink the type of job that I could do.

"Coming into my current role was perfect. It fits my lifestyle in that I still have a senior role, I still get to travel but on my own terms, but I am not looking after 120 people who all want me to do something at the same time. I am still earning the same sort of money as before, so it’s about choice and adjusting to fit your lifestyle." 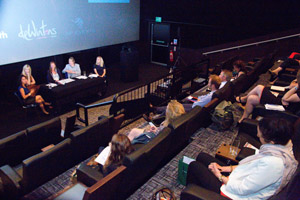 Did you attend the Women in Events panel discussion at Guide Live? Comment below to let us know what you thought of the issues discussed.

Lee Thomas of Aesthetics shortlisted for Businesswoman of the Year 2013

How I Got Here - Archie Archer

Contraband founder to star on The Apprentice: Your Fired panel