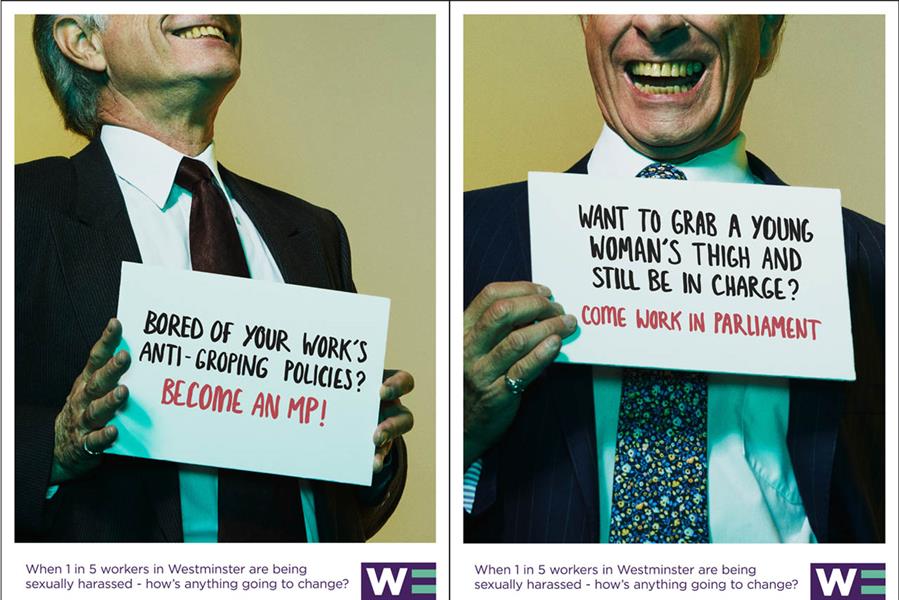 The Women's Equality Party has launched a national campaign ahead of a general election asking why Westminster MPs facing unresolved allegations of harassment and abuse have been allowed to keep their jobs.

The poster, print and social media ads reference the "Pestminster" scandal that exposed widespread abuse and harassment in Westminster. Sarcastic messages include, "Are you an abuser but don’t like how you’re treated at work? You’ll love being an MP!" They ask, "When abusive MPs keep their seats – how’s anything going to change?" The WEP is campaigning in the upcoming general election to make ending violence against women and girls a political priority, and is standing five survivors against five MPs facing unresolved allegations to highlight the mainstream parties’ failure to tackle abuse within their ranks. The ads were written by Robyn Bowman and Harry Iddon and art directed by Seb Jamous at Quiet Storm.

OSU "You either have it or you don't" by Wonderhood

ITV "If the world can see it" by Uncommon