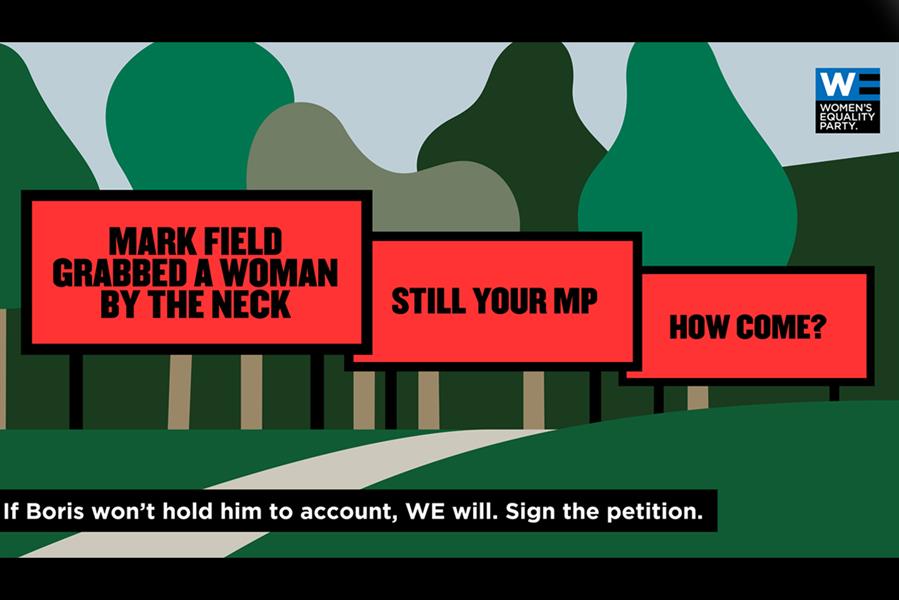 The Women's Equality Party has launched a poster campaign against Mark Field, MP for the City of London and Westminster, after he grabbed a female Greenpeace activist by the neck at a black tie event.

Inspired by the film Three Billboards Outside Ebbing, Missouri, the work includes three red signs that read: "Mark Field grabbed a woman by the neck / still an MP / how come?" The poster then urges readers to sign a petition calling for the MP to be stripped of his position, in light of Boris Johnson’s decision to drop the investigation into the event. The work was written by Robyn Bowman and illustrated by Stephen Cheetham.

CoppaFeel "Grab life by the boobs" by Fold7

Mars "Support her" by AMV BBDO

Zalando "Dress for yourself, nobody else" by Mother

Young Women's Trust "What girls should reach for"