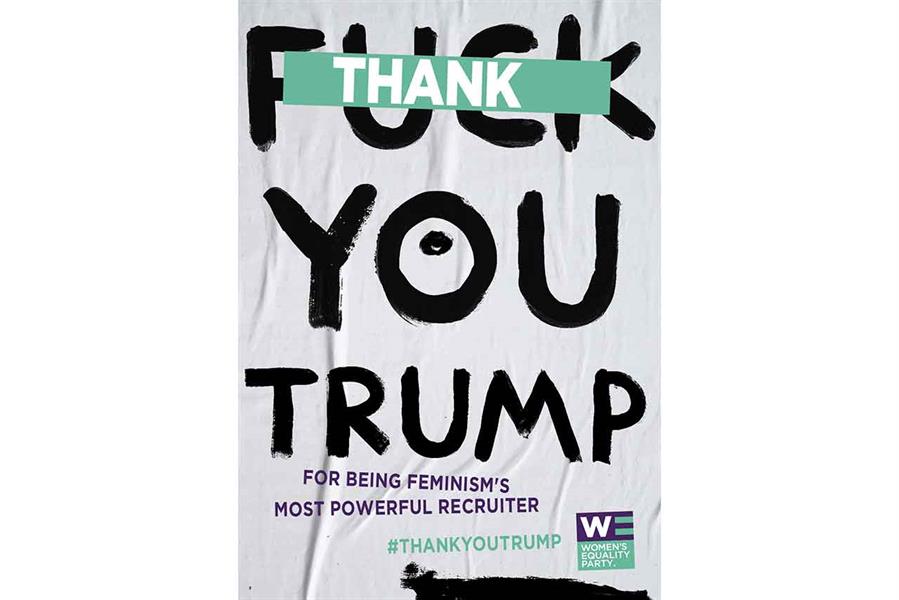 As US President Donald Trump arrives in the UK this week, the Women's Equality Party is running an activist campaign to show how his sexism and misogyny are proving an effective recruitment tool for feminism and the cause of women's rights.

The satirical ads by Now feature slogans such as "Thank you Trump – for being the orange beacon of feminism" and "Thank you Trump – for giving feminism a little hand." The campaign will run at outdoor sites, on social media and online, and include protest placards and a giant Thank You card paraded by the WEP at the women’s march on Friday and delivered to Trump in Scotland on his golf trip. The work was created by Laura Muse, Amelia Wood, Steph Ellis, Rory Hall, Sarah Levitt, Clint Harding and Juliet Kent.