Mutant babies, singing sheep and the 'Walken closet'... No, not the cast of a Barnum production but the stars of this year's ad spectacular.

Congratulations, then, to the Denver Broncos, who beat the Carolina Panthers last weekend in Super Bowl 50. But for most of us, it was the ad breaks where the real battle was fought.

Advertisers spent approximately £3.45 million for a 30-second slot but, with an estimated 120 million people watching the game in the US, the Super Bowl really is one of the biggest stages on which to perform.

So which ads got people talking?

According to Unruly, Doritos "ultrasound" by Peter Carstairs was the most-shared ad of Super Bowl 2016. When a father-to-be snacks on Doritos at an ultrasound scan, the unborn baby is so desperate to eat the crisps, it tries to exit the mother early. The spot has been shared 900,000 times.

This puts it well ahead of the second-placed ad, T-Mobile’s "restricted bling" by Publicis Seattle, at 350,000 shares. The spot shows Drake’s performance of Hotline Bling being interrupted by film directors, who ask the rapper to add in various lines about the company’s service.

Despite a number of brands releasing their ads early online, this year has seen a significant drop in sharing activity from 2015. The top-ten ads have so far generated nearly three million shares combined – a 36 per cent decrease from the same time last year.

Perhaps the most bizarre was for Mountain Dew by BBDO. It featured a (depending on your point of view) comical/grotesque pug/monkey/baby hybrid dancing around a living room, licking a group of friends who are watching the game. The #PuppyMonkeyBaby hashtag received more than 65,000 mentions before the match was over, according to Brandwatch.

Celebrities were out in force as usual, with actors including Liam Neeson, Dame Helen Mirren, Jeff Goldblum, Seth Rogen, Amy Schumer and Alec Baldwin all making an appearance. Some turns were better than others.

The ad for LG was disappointing, despite being cre-ated by Ridley and Jake Scott and featuring Neeson. In contrast, there was an amusing 60-second spot for Kia by David&Goliath that riffed off the idea that a "walk-in closet" was actually a wardrobe with Christopher Walken sitting in it. When a man living in a beige house enters his wardrobe to find his beige socks, he encounters Walken, who rather creepily tells him (with the aid of a sock puppet) to embrace a more colourful life and drive the new Kia car. As Droga5’s group creative director, Matt Ian, says: "The ridiculous premise of Kia’s ‘Walken closet’ was oddly brilliant. It’s just… sticky. I can see the client ‘Walken’ the halls with that one after the presentation, giddy. It’s too dumb-in-a-good-way not to work on the Super Bowl."

Avocados from Mexico, one of the surprise winners from last year, followed up with another quirky ad. It shows a group of aliens taking a tour of a "Museum of Earthly Wonders" that features the "Cube of Rubik", the emojis alphabet and "the white-and-gold dress that started the civil war".

But for Bartle Bogle Hegarty’s new worldwide creative chief, Pelle Sjoenell, it was the NFL’s own spot that stole the show. "Super Bowl babies", by Grey New York, features different generations of children who were conceived on Super Bowl night singing a rework of Seal’s Kiss From A Rose. A better choice than Coldplay, you might argue. 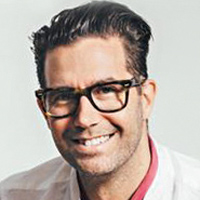 Don’t be a Pillock – save the spots for the game

The half-time show – sorry, "The Pepsi Halftime Show®" – is won by the US. Good ol’ Coldplay was sadly the Panthers of that game, while Queen B and Bruno took home all the rings.

But what about the ad game? In my mind, the overall winner was none other than the NFL themselves with "Super Bowl babies". Hilarious insight and a great finale of the "football is family" campaign.

It features Seal (a Brit!) and his Kiss From A Rose with lyrics rewritten about the generations of kids conceived in Super Bowl-winning cities throughout the years. Highlight lyrics were: "When there were no more jalapeño-chilli-bacon chicken wings. Mommy and Dad. They cuddled, canoodled, all night."

It’s easy when you are the NFL, but I wish more brands would apply the "when in Rome" thinking to the big game. Too many are just talking about themselves without any reference to the game or the event itself. T-Mobile did at least stay in the zeitgeist with its Drake and Steve Harvey cameos.

The other highlights of the night were either for good causes or had animals in them – obviously. The animal race was a toss-up between sheep, Wiener dogs and a PuppyMonkeyBaby.

The sheep singing Queen’s Somebody To Love in Honda’s number for its Ridgeline pickup truck and new "truck-bed audio" took the top spot in the animal league simply because it was actually telling a product feature story.

Minus points for no black sheep, though…

Mountain Dew’s "PuppyMonkeyBaby", an instant classic on Twitter, will stay in feeds for a while. I’m not sure we will remember the reason for the triple mix but, hey, we got PuppyMonkeyBaby.

In the good causes category, Budweiser had the best one-liner of the night. The great Helen Mirren delivered the "Don’t be a pillock" in Bud’s "don’t drink and drive" public-service announcement.

Colgate, mind you, actually won by telling us all to not let the water run while we brush our teeth.

I chose to watch all the ads live during the game rather than online, where they have been for a week. I wish we would stop doing that. Spoiling the moment. I understand that, with a massive investment such as a Super Bowl spot, you would be tempted to sweat your assets, but it takes away the element of surprise and the entertainment value is dwarfed. The Super Bowl is a unifying moment. We have too few of those for brands, with sales cycles and product launches rarely lining up with moments that matter to many.

I do like the new teasing tactic, though. Releasing snippets feels like it is building towards the show without taking away from it. So, please, let’s not be pillocks and ruin the fun. Let’s keep the big game big.

James Hilton on why the Super Bowl ads make him sad

Doritos, Pepsi and Pokemon most mentioned brands during Super Bowl