The loans brand's head of marketing is working to rehabilitate its reputation and position it as a serious financial-services provider with global ambitions.

Given Wonga.com's reputation for being a heartless payday lender, taking advantage of vulnerable, cash-strapped Britons, one might envisage its headquarters as a dark Gothic fortress, guarded by leering gargoyles. It seems somewhat incongruous, then, to find the business residing in a pair of Georgian townhouses overlooking London's Regent's Park.

Such a contradiction sums up the Wonga experience: exploitative 'legal loan shark', or innovative digital finance brand? The cheery blue skies and rainbows decorating its website also seem utterly at odds with the predatory image portrayed by its critics. What's more, the people who work there are not the cackling, Machiavellian villains one may be inclined to expect.

Take its lead marketer, Darryl Bowman, who is either a hugely convincing actor, or just a rather nice bloke. The mention of one number, however, quickly dispels his breezy disposition: 4214%.

This is the annual percentage rate (APR) for Wonga's short-term loans, a figure often used as a stick with which to beat the brand – and used 'dangerously and incorrectly', according to Bowman. Wonga's defence is that it freezes interest payments after 60 days, meaning that no one would ever pay 4214% in interest. The average interest payment figure, Bowman argues, is more like 16%. Yet, contention over APR lies at the heart of the debate about the brand.

Since being launched five years ago by entrepreneurs Errol Damelin and Jonty Hurwitz, Wonga has experienced a meteoric rise to prominence in the UK. Its instant-loan service, which lends first-time borrowers up to £400 at a daily interest rate of 1%, has been used more than 6m times; it claims to have 1m active customers. The brand insists that, unlike other loan and credit-card providers, it is 'transparent' about how much its loans will cost.

The product may ruffle a few feathers, but it is Wonga's marketing – in particular, its sponsorship programme, including a recent deal with Newcastle United FC – that has led to the brand acquiring nationwide notoriety and a host of political enemies.

Having previously held roles at credit reference agency Experian and Lastminute.com, Bowman was hired three years ago to define a long-term brand strategy for Wonga. With take-up of the product so rapid, he has sought to help the brand 'grow into its shoes' by raising awareness through a series of ad campaigns. TV spots featuring the 'Wongies' (pictured), a trio of elderly puppet characters humorously comfortable with technology, have been running for nearly 18 months, emphasising the brand's strapline of 'Straight talking money'.

'Our main objectives are to grow a brand, drive sales and educate people that you can have aspects of your finance from brands that aren't banks,' says Bowman. 'We also want to have a personality. The elderly are usually the most straight-talking people in customers' lives, and the puppets make it a bit more quirky and memorable.'

However, some in the industry question the ethics of running such memorable work. In a recent Adwatch review in Marketing, Richard Huntington, director of strategy at ad agency Saatchi & Saatchi, argued that the 'effectiveness of Wonga's work is not in question', which 'begs bigger questions' about the morality of such a campaign being allowed to air.

'We have a broadcast marketing strategy,' replies Bowman. 'One of the unfortunate things about Wonga is that we decline 60% of loan applications, so, from a marketing perspective, we already attract more people than we want. You can only stop that at the point of loan application, through the website and the notices we display.'

Both schemes came in for immediate criticism from those opposed to Wonga's operating model, with London Mayor Boris Johnson receiving particular flak for accepting money from the brand.

Undeterred, in 2011 Wonga signed another shirt sponsorship deal, this time with Scottish Premier League football team Hearts. Over the past 12 months, the level of investment has soared, first with a deal to sponsor ITV1 game show Red or Black?, and – last month – an estimated £32m, four-year deal to become lead commercial partner of Newcastle United FC.

As well as becoming Newcastle's shirt sponsor, Wonga took on its stadium-naming rights, and immediately reversed a highly controversial move by the club's owner Mike Ashley to name the ground after his retail chain Sports Direct. It is now known, once more, as St James' Park. The brand is also investing in the club's youth academy facilities and local youth outreach projects.

None of this stopped the deal being attacked by politicians and anti-debt pressure groups, citing statistics that the North East of England has the highest levels of personal insolvency in the country. Labour MP and Wonga bete noire Stella Creasy - the recent victim of an alleged Twitter attack from an employee at the company - joined former Foreign Secretary David Miliband MP in calling for the brand to be prevented from marketing to consumers.

The extent to which Wonga takes such threats seriously can be seen in its recruitment of Jonathan Luff, a digital strategy adviser to Prime Minister David Cameron, as head of its government affairs team.

Yet Bowman refuses to consider the possibility of a marketing ban. 'All the reaction doesn't surprise me at all – it's just a microcosm of the misconceptions of our business,' he says. 'Some of the things being chucked around as fact are not true, from people who should probably know better. We have a job to do to address that in our marketing.'

He also rejects any notion that Wonga is deliberately targeting working-class football fans due to the likelihood of them needing to use its services. 'We're a global business with global ambitions, that's why we did the Newcastle deal. The value to us is of them playing on TV and being in the papers. In terms of (targeting) the fans, to be perfectly frank, if that is what I was in it for, it would have been cheaper for me to deliver pizza to every single Newcastle supporter.'

Bowman's focus seems to be on reinventing Wonga as the kind of digital start-up so popular with the UK's political leaders, positioning it as 'technology company first' and financial-services firm 'second'. He is effusive about the 150 'techies' working at Wonga's headquarters, describing the company as an 'enterprise success story' of which the UK should be proud.

'We attract some of the most talented people in the country to work here,' says Bowman. 'We have a bunch of people building new and exciting stuff to solve other financial problems, and we hope they will be as successful as the short-term loans product. This is a serious operation.'

While widespread brand love is most certainly a distant aim, the team at Wonga is determined to forge a sense of acceptance, or even respect. Earlier this year it rolled out OpenWonga.com, a website intended to answer many of the criticisms levelled at the business, partly through videos featuring happy customers talking positively about their Wonga experience.

It is also looking to bolster its sustainability work, and has hired former Financial Services Authority marketer Kate Humphris as its first head of CSR. Much of its work in the area will be based on education and skills, hints Bowman. 'When you get serious about CSR, you have to think long and hard about what you want to do, and focus on an area rather than spreading yourselves too thin.

'Education is a big area for us. A bit like football, it gives us a chance to show who we are as individuals and as a business, as well as getting the brand across, and as we get bigger we'll be looking at doing that in different ways,' he adds. 'There are over 350 really good, intelligent people in this business who want to get involved in other things.'

Rather than keep its head down and ride out the storm surrounding its role in consumer finances, Bowman insists that Wonga has firm plans to become a 'global business' within three years. He claims its business-loan service, launched earlier this year, is gaining 'real traction', with additional products to be unveiled over the coming months.

'The vision has always been for Wonga not to be a one-product, one-country business, but to use technology to cherry-pick opportunities in finance which can do things better than they've been done before,' says Bowman.

'We don't always get it 100% right, but we're proud of what we do. We would much rather we are good at what we do, and make sure customers come to responsible lenders with all the information up front, than be forced into other situations that are not so good for them. Maybe it scares people that we are relevant to our customers, but we are.'

Anyone looking for remorse from Wonga about its business model could be in for a long wait. Whatever the morality of its product, however, the success of the short-term loans product has provided the brand with a war chest to fund additional services and extend into new markets. The debate about its place in society looks set to rage for some time yet.

As well as becoming shirt sponsor from next summer, Wonga took on the stadium naming rights – but, in a move to please the club's fans, returned its name to St James' Park, after an unpopular spell as the Sports Direct Arena.

According to Bowman, the investment – the brand's biggest in marketing by some distance – is intended to help announce Wonga on the global stage, with Premier League matches watched by hundreds of millions across the globe. 'The League has such a broad audience, and it's a massive platform to get your brand out there,' he says. '[Club owner] Mike Ashley and [managing director] Derek Llambias have taken flak, but built a really strong solid business. If you look at it from the inside, they are building it very shrewdly for the future. What also appealed to us is the fact they are trying to bring through young English players in the system, which is why we're investing in the academy.' 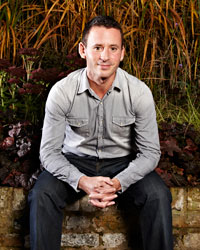 Hobbies Sport, and running in particular. 'There's something almost meditational about putting on a pair of running shoes and hitting the great outdoors.' He also loves cooking, 'but I never seem to have the time or ingredients'.

Favourite gadget KitchenAid blender. 'Is there anything you can't blend?'

6m+ The number of loans Wonga has granted since launch five years ago.

Littlewoods: The retailer took a traditional position for its Christmas campaign