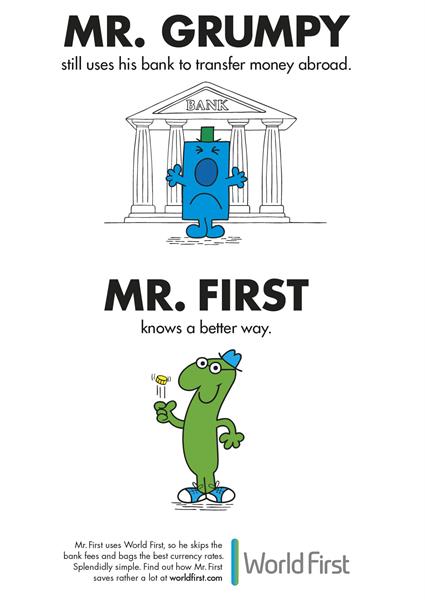 World First, the foreign exchange company, is launching a tenth-anniversary campaign by introducing a new Mr Men character, Mr First. The campaign, created by VCCP, will run across print, social media and outdoor throughout major rail and Underground stations, as well as on digital escalator panels and giant screens. The campaign features the classic Mr Men characters alongside Mr First, who is the only one to know the quickest way to transfer money abroad.

Sky Bet "New dawn" by Who Wot Why

Sport England "This girl can" by FCB Inferno