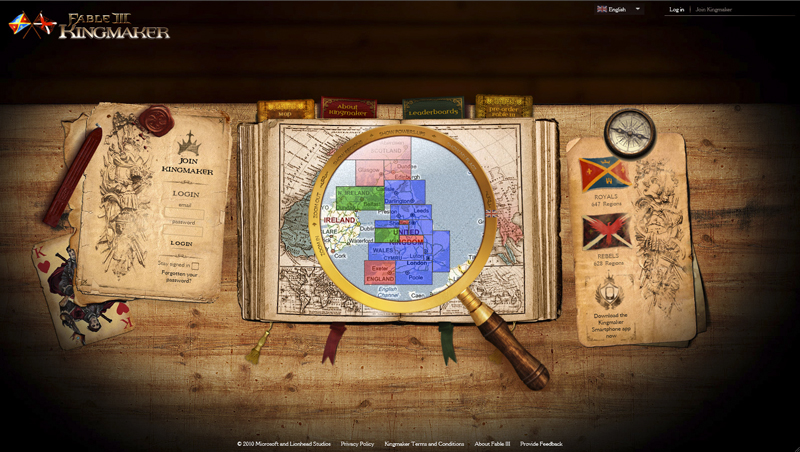 Microsoft has launched a new campaign to launch its Fable III video game.

The campaign centres around a mobile phone game in which users join one of two factions competing to capture as much territory as possible.

Using a mobile app and the Kingmaker website www.fable3kingmaker.com, players use the GPS in their mobiles to tag their location with a virtual flag.

Players are rewarded for participating with gold‚ which can be transferred on to the actual video game which launches on October 29th. This gold‚ can be spent on in-game customisation and in-game products.

Hey Girls and The Big Issue "UNsanitary" by Adam & Eve/DDB

Coca-Cola "Feel it" by Publicis Italy

Xbox 'birth of a Spartan' by agencytwofifteen

Xbox "Xbox Live: For when it really matters" by McCann London