Event's industry review of 2013/14 continues and in this installment we hear what Arena Group UK & Europe, Limelight Sports and Sledge have to say. 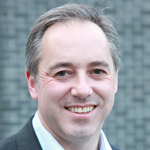 "Despite concerns across the industry that 2013 would be a quiet year, the opposite seems to have been true for most. This year has been one of the busiest in our history across structures, seating and our furniture and interior divisions. Budgets are still tight though, and we recognise that the wider economic landscape means that it has been a tough year for clients, and we’ve had to play our part. We’ve kept our prices down and worked with tighter margins, so that we can continue to offer the same quality of service and innovation."

"Off the back of London 2012 we have gone on to secure work in Brazil, supplying the World Cup and other major events, and also in Russia. We’ve also acquired Karls Event Services (now Arena Americas), which has six offices across the US, and Asia Tents International in Malaysia (now Asia Tents Arena). In the UK we have continued to grow, securing multi-million pound contracts for events including the provision of a semi-permanent structure at Derry-Londonderry the City of Culture. This is on top of the flagship events we supply year on year such as Wimbledon and BMW Golf Championships."

What plans do you have for events, your clients and the business in 2014?

"I will be involved in pulling together the Arena Group global brand and showcasing Arena Group’s now global reach. This proposition is already proving attractive to events which travel around the globe, who will benefit from having one company as a point of contact." 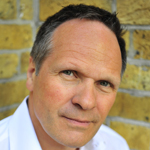 "Post 2012 Olympics, 2013 will have been viewed by some with slight trepidation in the sense that they would be looking to replace significant Olympic related revenues with new business. Perhaps those agencies that did not have Olympic related work would have welcomed 2013 more warmly."

"Sledge has had a strong year to date with an increase in international projects, in addition to the successful launch of the family festival Bounce. The highlight in 2013 was staging of Telefonica's Campus Party, which has been described as the Glastonbury for geeks."

What do you think we can expect from the event industry next year?

"I think we will continue to see growth in the industry, though with challenging budgets and margins. We will also see the large agency networks and PR companies continue to gain a bigger share of the cake." 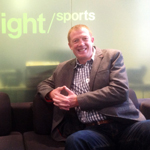 "Following London 2012, which so much of the sport and event industry were involved in, a lot of people were expecting a bit of a slow down but what we have actually experienced has been quite the opposite. I think the Olympics really inspired people, showing them the power of live event experiences and created a real demand to create premium sporting experiences."

"We have embarked on a period of investment, building for the long-term growth of the agency as we continue to grow in both size and revenue. Limelight Sports has been investing in building a portfolio of ‘owned- properties’, allowing us to bring new experiences to the marketplace, like the UK’s first Energizer Night Run, as well as developing already successful events, like London Duathlon. Alongside this we have also enjoyed success in our work as an agency, most notably working with British Gas to create and deliver British Gas SwimBritain."

What do you think we can expect from the event industry next year?

"In 2014 I expect the event industry to continue to grow at a pace but, with only those events that show real creativity and innovation to be stand out successes. These experiences will deliver authentic moments for audiences and consequently resonate with consumers to create successful, sustainable events."

The year that was with... Amplify, Mobile Promotions, Vivid Event Group, Zibrant

The year that was with... Crewsaders, George P Johnson and the Royal Albert Hall

The year that was with... Circle Agency, Keith Prowse and Lord's

The year that was with... Fisher Productions, HBAA and Smyle

The year that was with... Corporate Events, Rhubarb and Troxy

Sledge to launch own family festival