KFC launched limited edition Huawei phones to celebrate its 30th anniversary and growth into a 5,300-restaurant chain in China.

"Finger licking good" may well gain a whole new meaning for hardcore KFC fans in China who can now have Colonel Sanders on their palms 24/7, if they so wish.

In a rather unprecedented move, KFC and Huawei are joining hands to mark their 30 years' presence in China with the release of a limited edition KFC Huawei 7 Plus model on 7 July.

Speaking to Campaign Asia-Pacific, Steven Li, senior vice president of KFC marketing with Yum China, said the partnership between both brands is significant due to their shared history.

Both brands traced its origins in China to the year 1987, when KFC opened its first store at Tiananmen Square, while Huawei had a rather humble beginning at Shenzhen Industrial Park with just 21,000 RMB (£2,400) in capital and 14 employees. 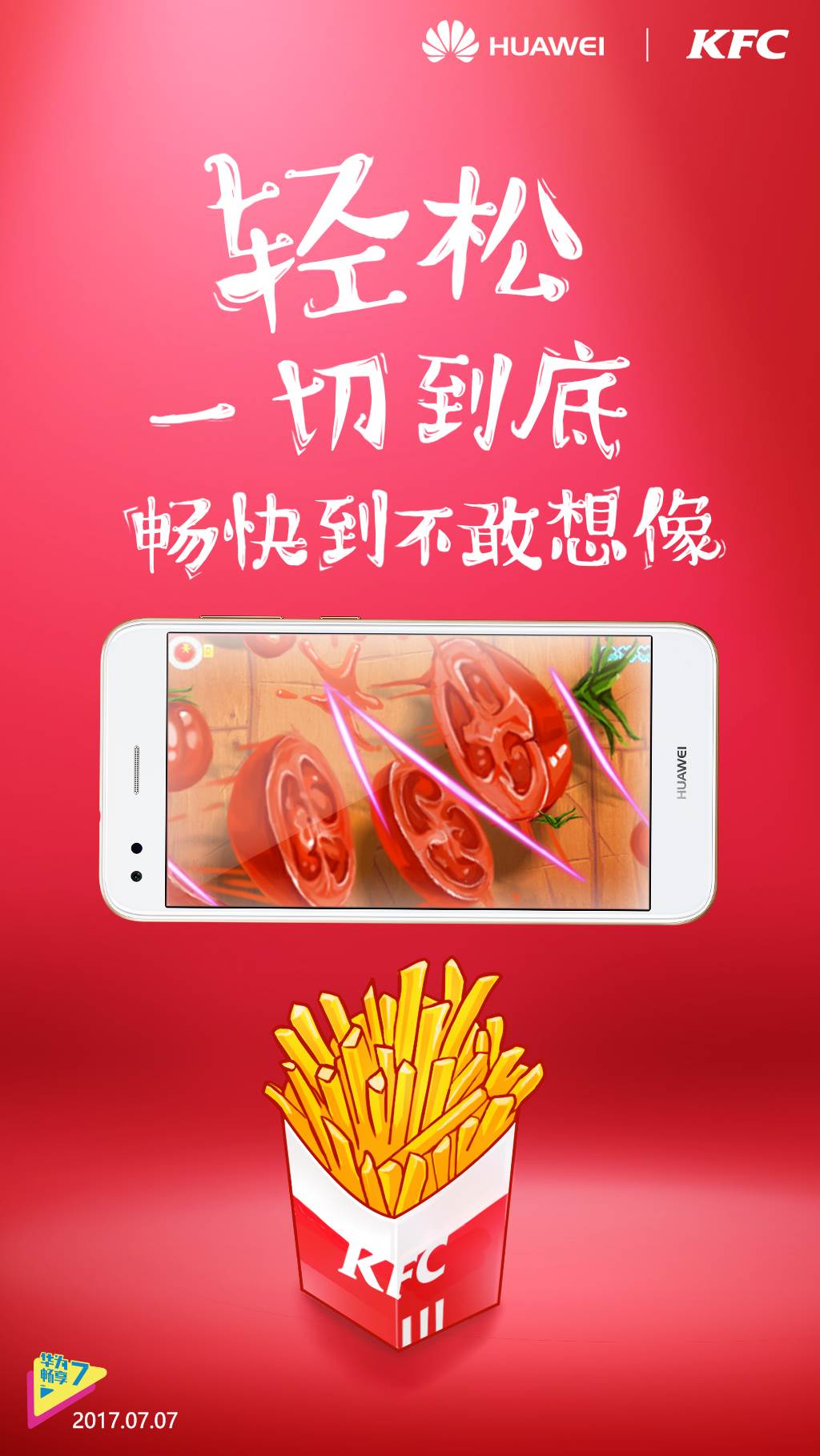 Huawei released a teaser post on its Weibo account days before the smartphone launch to announce its impending 'union" with KFC.

"Between KFC and Huawei, one came from abroad had and settled its roots in China. The other (Huawei) originated here and later expanded its footprint globally," said Li.  "Both brands have witnessed the rise of China in these 30 years, and both embody the spirit of the times. Our collaboration is a homage to the era," said Li. He added that the launch of the phone is also an important phase in the brand's effort to fully digitalise the user experience and venture into into smart F&B and entertainment," he added.

The phone which is pre-installed with the KFC app comes in a bright red casing imprinted with the iconic Colonel Sanders logo at the back. Only 5,000 of such models are being released while the phones can be bought on the KFC mobile app and the flagship Tmall store for KFC members.

Good ol' Colonel Sanders is far from the only branded character to get his own phone.  He joins the ranks of Marvel superheroes such as Batman as well as the Disney franchise Pirates of the Caribbean which appeared in limited editions of Samsung phones previously. At the same time, the fast food giant also introduced K-music, a jukebox function on its mobile app concurrent with the release of the phone. Huawei users are able to try out this function when they dine at more than 4,000 KFC outlets countrywide during this period before the rest of all mobile users get their chance at the end of this month.

Unlike many young adults, KFC is embracing its 30-something status in China with much zeal through a blend of strategies strategies to keep the brand relevant among the fickle post 90s.  At the same time it's tapping into into nostalgia for older consumers who have grown up with the brand. Li is confident that K-music will find an audience among the pool of 83 million members that the brand currently has. "Music is part of the lifestyle of young consumers and they want music to be on-demand. Word-of-mouth and initial reponse from consumers (for K-music) has been very positive," said Li.

A version of this article was first published by Campaign Asia-Pacific.

KFC gives away sunscreen that smells like fried chicken