Having spent 20 years in PR for the creative industries, Veronique Rhys-Evans, global PR and marketing director at Stink, lifts the lid on the stories behind the headlines.

Have you heard the one about the agency chief executive who regularly calls his PR director on a Sunday to bemoan the fact that a rival has appeared in the Sunday papers? Or the global chief executive who hired his own personal PR to ensure his personal brand was front and centre? If these were jokes, the punchline would be the predominantly female, usually invisible army of agency PR and marketing leaders who rarely make the headlines themselves.

It is the ultimate irony that, with so much campaigning going on for visible women in advertising at the moment, many of the most influential women in the industry remain invisible by design.

For an industry built on reputation, there is perhaps no more important force in the advertising business than the PR and new-business directors who propel agencies forward or lead damage-limitation exercises when business leaders go awry.

So, when looking back on 50 years of women in advertising, it would be remiss to ignore the women behind the headlines. Whether it's ghostwriting thought-leadership pieces or championing new agency brands, that great idea you just saw a chief executive take credit for may have its roots in PR.

The story behind the story

Veronique Rhys Evans is global PR and marketing director at Stink with more than 20 years in the creative industries. She was previously head of PR at Grey London and also had stints at The Media Foundry and Red Dog. When it comes to the highs and lows of agency PR, there is little that Rhys Evans hasn’t seen.

But while she has always been behind the headlines, Rhys Evans insists that good agency leaders always publicly recognise her work. "I’ve been visibly ‘at the top table’ and always invited to the key meetings, consulted on many of the big initiatives and decisions," she says. "Ghostwriting aside, they haven’t taken the credit for my work or sidelined me. Even putting my name on creative awards because I earned it, when it certainly wasn’t expected."

Certainly, she has never wanted to be the story. "I don’t expect to be the one out front," she says. Yet neither does she expect to be in the firing line, declaring: "I’ve probably only worked for one out-and-out misogynist. But you don’t read much about him any more. Shame. Coincidence? I don’t think so." 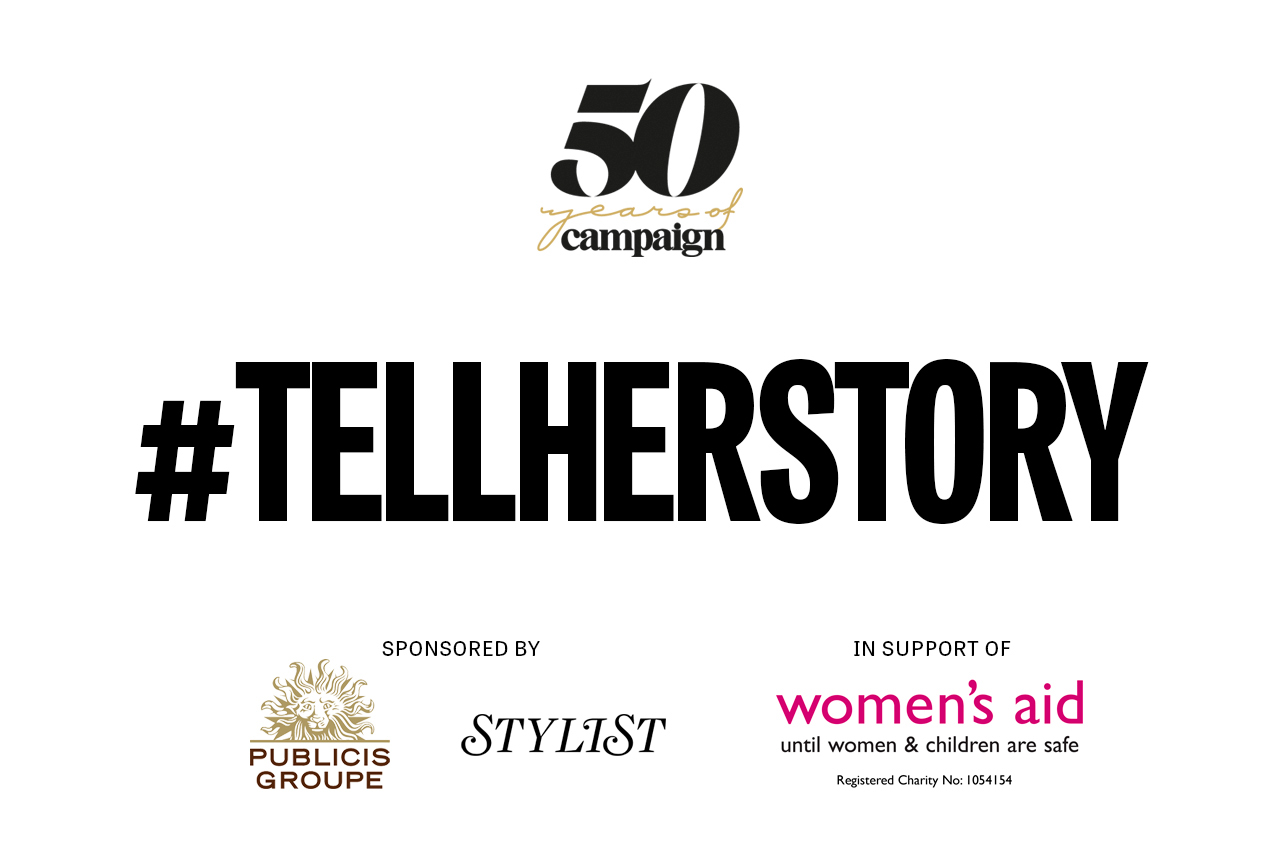 There is of course some truth to the common quip of "it's PR, not ER", but the reality of working in PR in the creative industries isn’t always easy. After two decades in the industry, Rhys Evans is clear on the lines you need to draw. She says: "The CEO shouldn’t be making passes at you. You shouldn’t be crying at work. You shouldn’t be worrying about a pitch when your child is in hospital. It’s just advertising. Nothing we do will ever be worth making you this miserable."

We operate in a media ecosystem where "30 under 30" lists are seemingly endless and there's constant pressure to not just succeed in your job but also deliver some kind of creative side hustle in your spare time. However, Rhys Evans is honest about the fact that it took her many years to find success on her own terms.

It was some advice from friend and fellow agency PR leader Lara Leventhal that changed her creative path fundamentally. Leventhal told her: "You will remember missing the school play, but you won’t remember the meeting you missed it for." It's a piece of advice that she didn’t just listen to but used to fuel a different, more rewarding approach to work.

Rhys Evans explains: "When I finally took this piece of advice, everything changed. I became master of my own destiny. I found a home that respected parents and women. By giving less fucks whether I was employed or not and more fucks about my kids and my sanity, I found some balance and more respect."

Leventhal, director at Visible, remembers getting to know Rhys Evans when they pitched against each other at rival PR agencies: "She knows how to craft stories that the media in the creative sector want to talk about and, more importantly, how to amplify that work so it lives in the real world."

But it was shared experience of real life that forged their friendship. Leventhal explains: "I’d had an awful family tragedy, missed so much of my children growing up and was lost, and she helped me find my way back." Rhys Evans introduced Leventhal to Nils Leonard, who was at that point launching coffee brand Halo and Leventhal got involved in running PR for it, providing the launch pad for her to create Visible. Leventhal adds: "The remarkable thing about V was that she knew what she wanted – time with her children, to stay in an industry she loved, to work in-house using her skill set. She’s done just that."

So what advice would Rhys Evans give to women in the industry struggling to cope with its notorious long-hours culture? "I used to think my obsession with detail and deadlines and giving everything 100% was what made the difference. It was what clients and colleagues valued and proof of my unwavering commitment. I was always there for everyone, supporting my team and getting stuck in the trenches. Out with clients all night. Pitching first thing the next day. That was my professional DNA and I was proud of it," she admits. "But that level of commitment comes with way too much sacrifice."

One of Rhys Evans' children has a serious illness and she shares that, on several occasions, she has found herself by their bedside writing a strategy, pitch deck or even a press release. "My child is critically ill and, somehow, the twisted reality I live in makes this normal behaviour," she says. "This industry has a habit of making you totally lose perspective. I didn’t say no. And no-one thought to stop me."

Yet the revelation that no-one is coming to "save" her was a fundamentally liberating one. Rhys Evans declares: "Don’t assume you’ll be given your space, even if entitled to it. Take it and own it. You are the master of your boundaries. You must set them and stick to them. Only then will others respect your time. The more people do this, the more it will be normalised."

Pointing to the mantra "done is better than perfect", she continues: "I wish I’d taken a leaf out of this person’s book years ago. Because it is possible to do a great job and do it within a reasonable time frame if you give yourself permission to be a little less than perfect."

With this in mind, Rhys Evans believes the next generation of talent should be less loyal: "Many of us have a tendency to think we’re so needed that the world would fall apart without us. And that we’d be letting everyone down if we moved on. Bollocks. That’s not because you’re not important or valued or make a massive contribution; it’s just that things can and will carry on just fine without you."

She urges women working in challenging environments not to deny themselves another experience and opportunity simply because they fear the consequences for others if they leave. She says simply: "If you’re not happy or something more interesting comes along, leave." It's a strategy she also believes can sometimes be the easiest way to get a pay rise.

When asked for the best advice she has ever received, she recalls a Wacl keynote from Stevie Spring, who was chief executive of Clear Channel at the time: "You can’t cry and whistle at the same time." Rhys Evans explains: "Until recently, this was one of the best pieces of professional advice I’d ever received. The rhetoric was not diversity and equality, but how to cope, to put on a brave face in a man's world. Not how to change things, but how to work your way through the status quo and survive."

Today, Rhys Evans believes times are changing. "Enduring such silent pain and sacrifice is no longer acceptable," she says. For young woman starting out now, Rhys Evans urges them to build self-belief and self-worth: "Even if you're still quite junior, don’t assume your voice isn’t worth hearing. Make friends with the PR person and put yourself forward. Especially now, everyone wants to hear young female voices. The time has never been better and opportunities so many." If you talk about something you care about and are honest about it, she believes the path to the top of everyone’s hire list is not out of reach.

That path, however, might not always be a smooth one. The quest for the "perfect work/life balance" – attempting to "have it all" but also not miss out on important things – is always a work in progress.

During our correspondence for this interview, Rhys Evans sent me her thoughts while at a school sports day, on her birthday and on a day off. Meanwhile, I’m filing this copy at midnight. Like the rest of the industry, we need to try harder. But as Rhys Evans' courage and conviction show, trying your best is more than good enough.

Calling time on our long-hours culture

Time to get female directors off the subs bench

The truth about advertising's long-hours culture