All were speaking at the streaming platform’s annual upfronts event, YouTube Festival, which also featured creator case studies from supermodel and activist Naomi Campbell and comedian Amelia Dimoldenberg, among others, and an interview with musician Ed Sheeran.

What the festival lacked, at least when viewed by Campaign on the morning of Tuesday 12 October, were announcements about new advertising innovations that are a common feature of upfronts events.

The most relevant message to advertisers was that YouTube should not be viewed as the enemy of TV. Instead, it should be seen as delivering incremental benefits when applied in tandem with TV and other traditional media plans.

Incremental reach is important to advertisers, particularly among younger demographics, who are not as likely to be watching broadcast TV.

Although media buyers have been aware of this for several years now, TV and YouTube have often been at loggerheads with one another, perceived to be battling for the same advertising pie, with YouTube’s growth sometimes viewed as a threat to TV coffers.

This year’s YouTube Festival adopted a more conciliatory tone. Ritson, an industry commentator and former marketing professor, who has previously challenged the effectiveness of digital media advertising and how it is measured, said it was time the industry stopped waging war between "digital versus traditional" and "long TV ads versus short video ads". Instead, he argued, advertisers should adopt a dose of “bothism”.

“[This is] the idea that any of these oppositional concepts are better if you bring them together and combine them,” he said. “By putting together TV and YouTube, we'll get more than doing one or the other. And that means a couple of things. It means recognising that TV isn't dead and it isn't dying, but it also means recognising that YouTube isn't TV's enemy. It's very complementary to TV, partly because of its addressability, its scalability, its targeting ability, but also partly because it fills a demographic gap that sometimes TV suffers from.”

MG OMD's Bell pointed out that media buyers' job is to find the right blend of “opportunities out there” and that means following consumers and blended channels.

“I think what's important is the channels themselves are changing,” she added. “So broadcast TV is no longer just broadcast TV. We've got clients at the moment where 42% of their YouTube advertising is appearing on TV. So it's all blurred. It's all changing.” 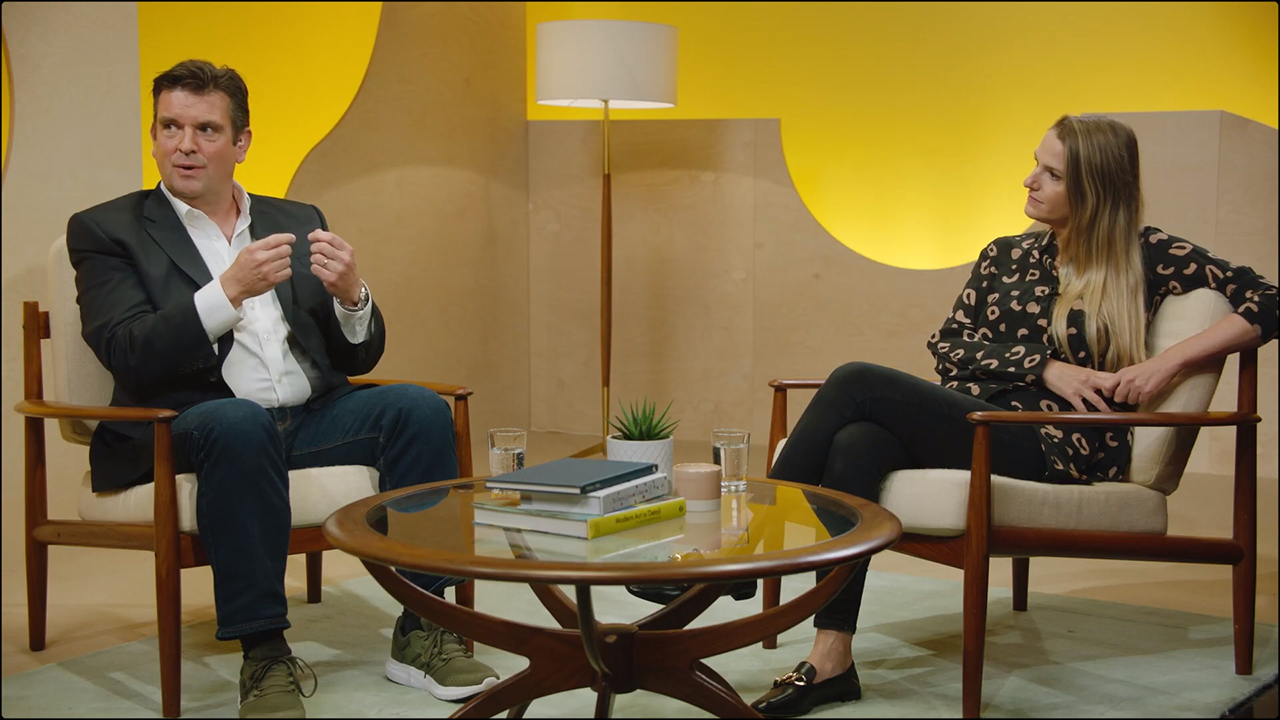 Adams, BT Group’s head of media, told the festival that advertising on YouTube is delivering incremental reach of 15% on mass audiences and up to 25% on harder to reach audiences, such as younger demographics.

He said: “That's translated through to movements in brand tracking, but also through to the econometrics that we're doing as well. And we're seeing improvements in effectiveness at the back of that incremental reach.”

At MG OMD, most clients are adding YouTube to their TV plans and achieving an average incremental reach of 12%.

“When we're adding YouTube to TV plans on a client like Renault, we're seeing 17-18% incremental reach, and on Royal Navy, [which is targeting] younger male viewers, it's north of that,” Bell explained.

“And on some of those clients, we're also seeing lifts in search. So you can then think about the ‘bothism’ point [and] how you are looking at it within your overall mix.”

That said, Bell and Adams warned about using the right creative for the platform to get the best results.

“The beauty of YouTube is you get an enormous amount of data that can tell you how things are performing,” Bell said. “And it is undeniable that adapting creative is going to perform better.”

Adams said it was important to make sure the copy is “fit for the format” and “don’t just use your TV ad and expect it’s going to work”.

As well as getting into the serious business of advertising, YouTube wheeled out the star power to make its event zing, with appearances from DJ Annie MacManus, and the aformentioned Campbell, Dimoldenberg, who hosts the quirky interview series Chicken Shop Date, and Sheeran.

Sheeran treated viewers to a live performance of Shivers, the recent single from his forthcoming fourth album. The video for the track, which has racked up 41 million views on YouTube, landed at a difficult moment for the platform, just days after a report from App Annie found that people in the UK and US were now spending more time using social video upstart TikTok than its more established rival.

So it was telling that in his interview with Lyor Cohen, global head of music for YouTube, Sheeran praised YouTube Shorts, the platform’s answer to TikTok’s hugely popular format, which Cohen called “the biggest priority that I've ever seen since I've been at YouTube”.

“What I think is great about it [Shorts] is it allows anyone to be creative on a budget,” Sheeran said. “They can just make something, be super creative about it, and instantly see the reaction to it. I love that it's allowing new songs to break as well. So, yeah, I think it's a fantastic thing and I love [that] you can have an unknown artist from anywhere have a song go viral on a Short.”

Cohen went on to say: “I'm not surprised that Ed uses Shorts. He's always been an innovator and this is a perfect product for him to utilise. Music is so critical: it makes people happy, and makes people exercise better and love better, it makes people relax better. What better place to advertise, than behind and with music?”

YouTube will be eagerly hoping that Sheeran’s down to earth charm and infectious tunes give its product an edge in the fierce battle for social media attention – and adspend.