2014 was the year that YouTube creators invaded the public consciousness. Over the next three pages, we see how brands are utilising these stars.

It’s a shame that vloggers are human. If they could be mechanised in some way, it would be much easier to utilise them effectively. Vloggerbots, that’s what we need.

I hear that one agency is answering this challenge by developing a proprietary tool – VlogReach – that will facilitate the buying of vloggers via a real-time trading desk for maximum reach and efficiency. The vloggers will plug themselves into the desk via an API and choose to accept or reject brand bids for placement in videos. The result? MTROI: Maximum Talent Return on Investment.

Not really. But no doubt somebody somewhere is thinking along these lines. That’s the downside of a new breed of talent that carries its own reach – they get treated like media, traded and commoditised.

I’m being flippant to try to make a point: as vlogger culture moves into the mainstream of brand behaviour, it’s a crucial time for our industry to structure itself sensitively around this new creative market, and not just treat it like a new ad opportunity.

And if vlogger talent is being diminished to a media buy in some quarters, then equally poor is when it is elevated to being the creative idea. Too often, there is a sense that, just by dropping a brand into a vlogger’s social universe, there’s going to be some kind of wondrous creative alchemy. Millennial cred and viral success will ensue, won’t it? Well, yes, it might if you’re Nike; if you’re a bland high-street bank, maybe not so much. 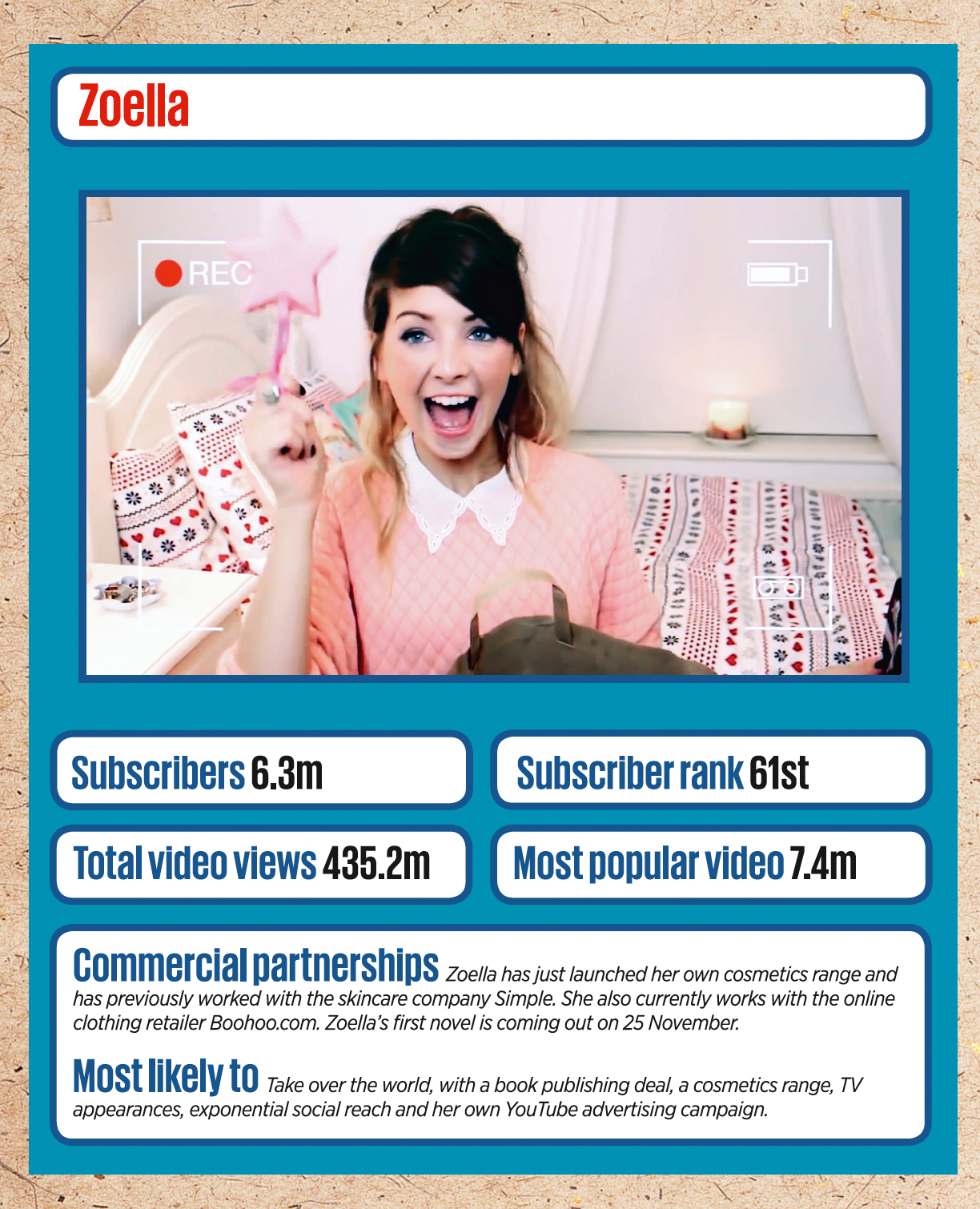 Having Zoella’s committed fanbase onside (or Lady Gaga’s or One Direction’s, for that matter) is great for a brand. But you’re going to have to work at it. There are no shortcuts.

This lack of understanding isn’t just the fault of adland. There needs to be a maturing of how this new wave of talent is managed and developed too. Apart from a couple of dedicated new entrants and some progressive established players, too many vloggers are represented by agents who are either trying to make a fast (and often vastly overinflated) buck or have acquired a new wave of young talent but have no real knowledge of how this connected culture operates.

But it’s not all bad news. There are big grown-up advertisers – L’Oréal, Unilever, Sainsbury’s and Bacardi, to name a few – that are showing the way, moving beyond stunt mechanics to invest in well-thought-out video strategies built from the ground up. These are shifts in brand behaviour towards new video publishing models aimed at millennial audiences. It’s no longer about experimentation – they are longer-term, category plays. 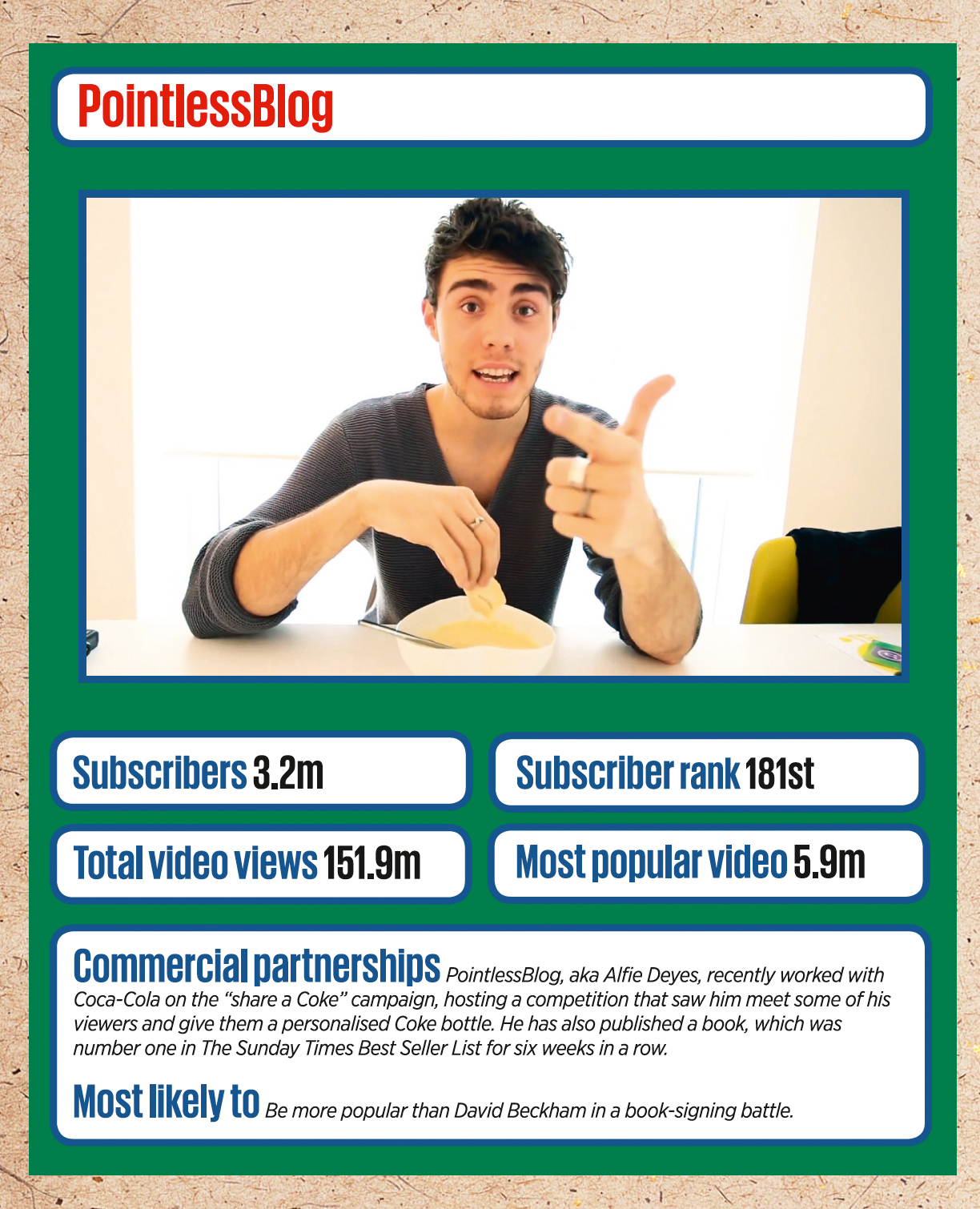 Unilever’s All About Hair channel integrates brands from across its portfolio; Bacardi’s Drinks Tube partnership with Jamie Oliver does the same. L’Oréal, which has been working in this space for some time, has even gone as far as launching an entirely new beauty brand with the US YouTube star Michelle Phan.

And what it all comes down to is something as old, as reassuring and as analogue as the hills: knowing and respecting audiences. That’s all vloggers are doing – it’s no dark art. And it’s what great brands have done and continue to do. Yet the truth – and it can be hard for our industry to take – is that any vlogger who has amassed a million subscribers knows their own audience better than any planner in town. And, for that, we owe them some of our respect too.

Mark Eaves is a co-founder of Gravity Road 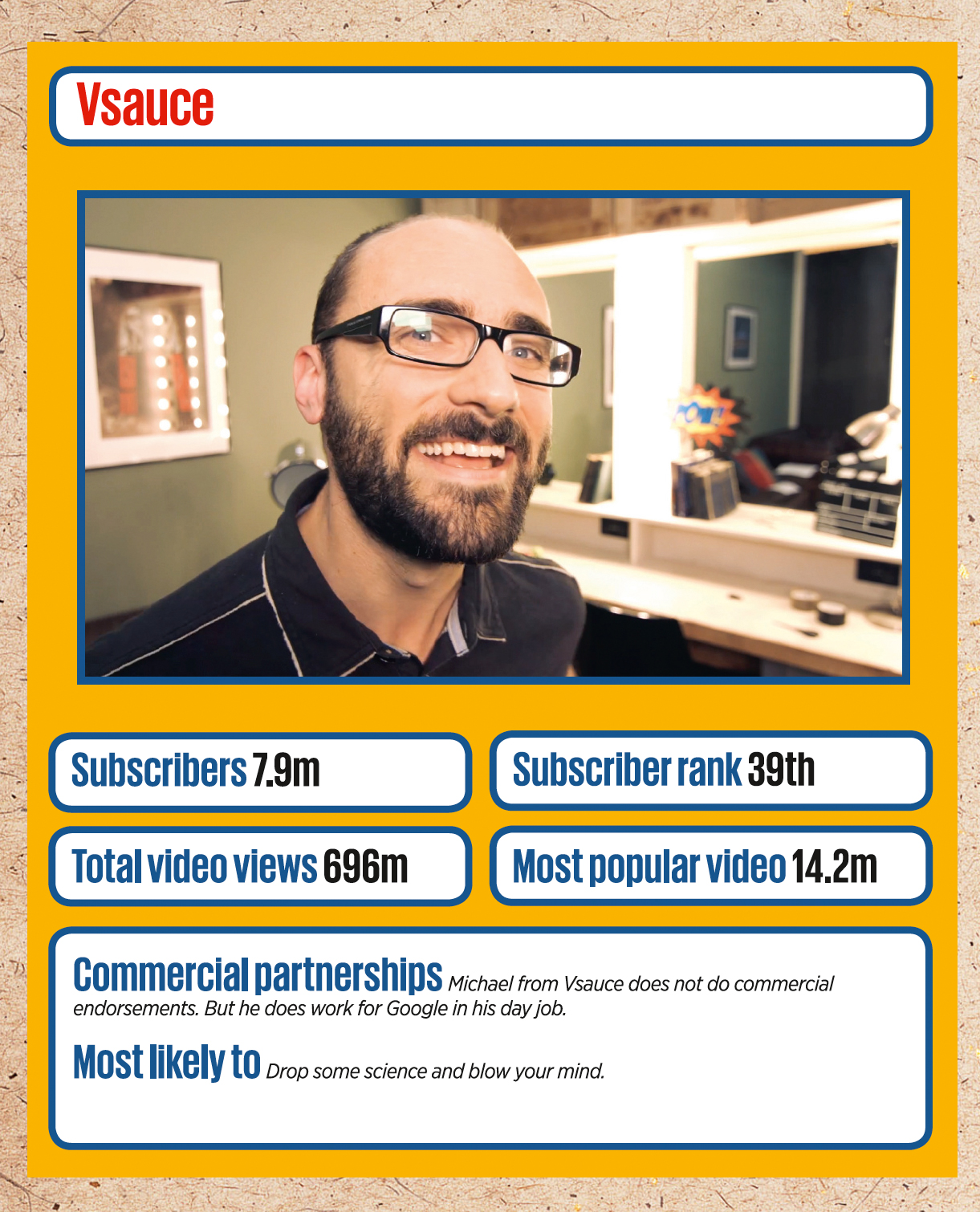 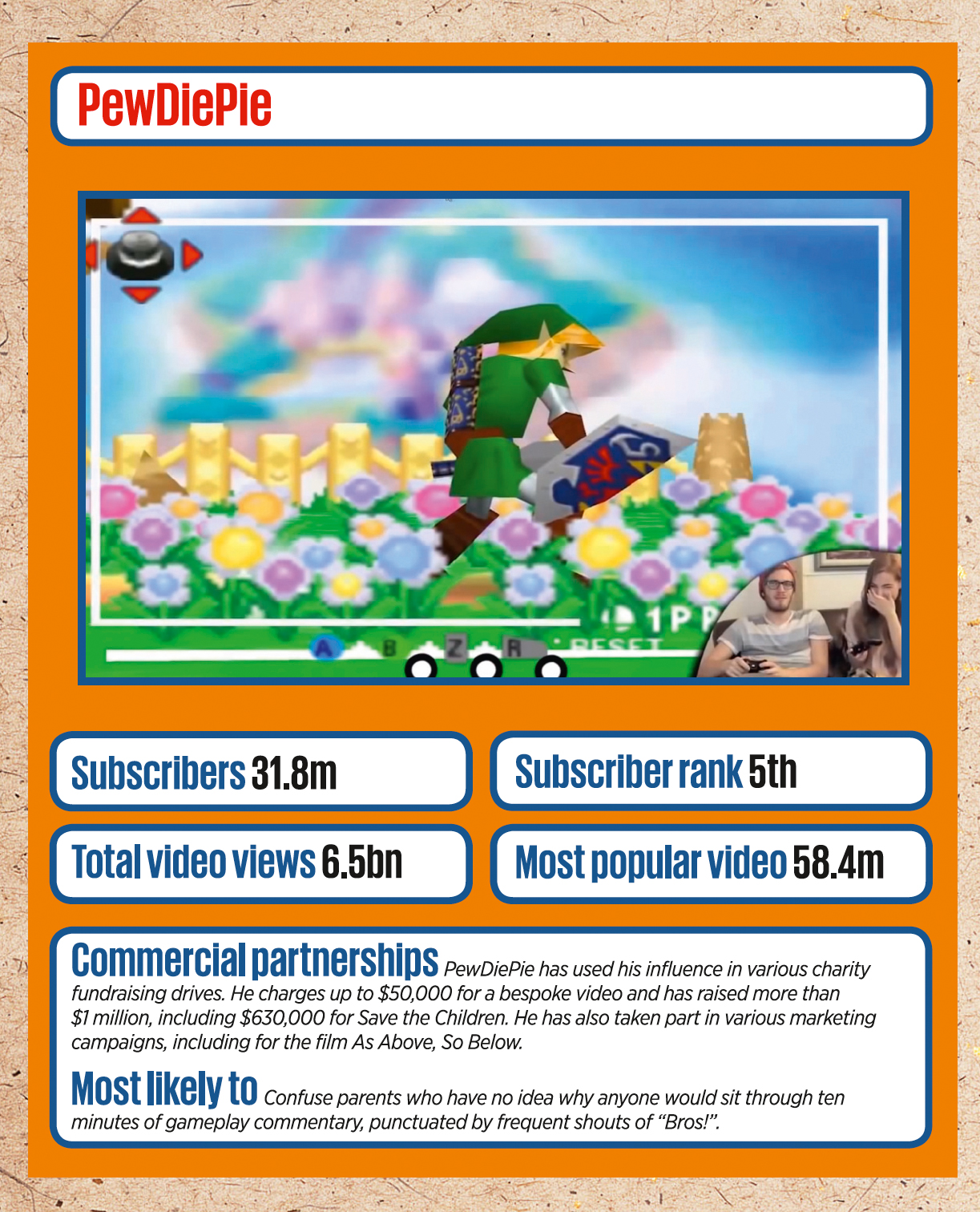 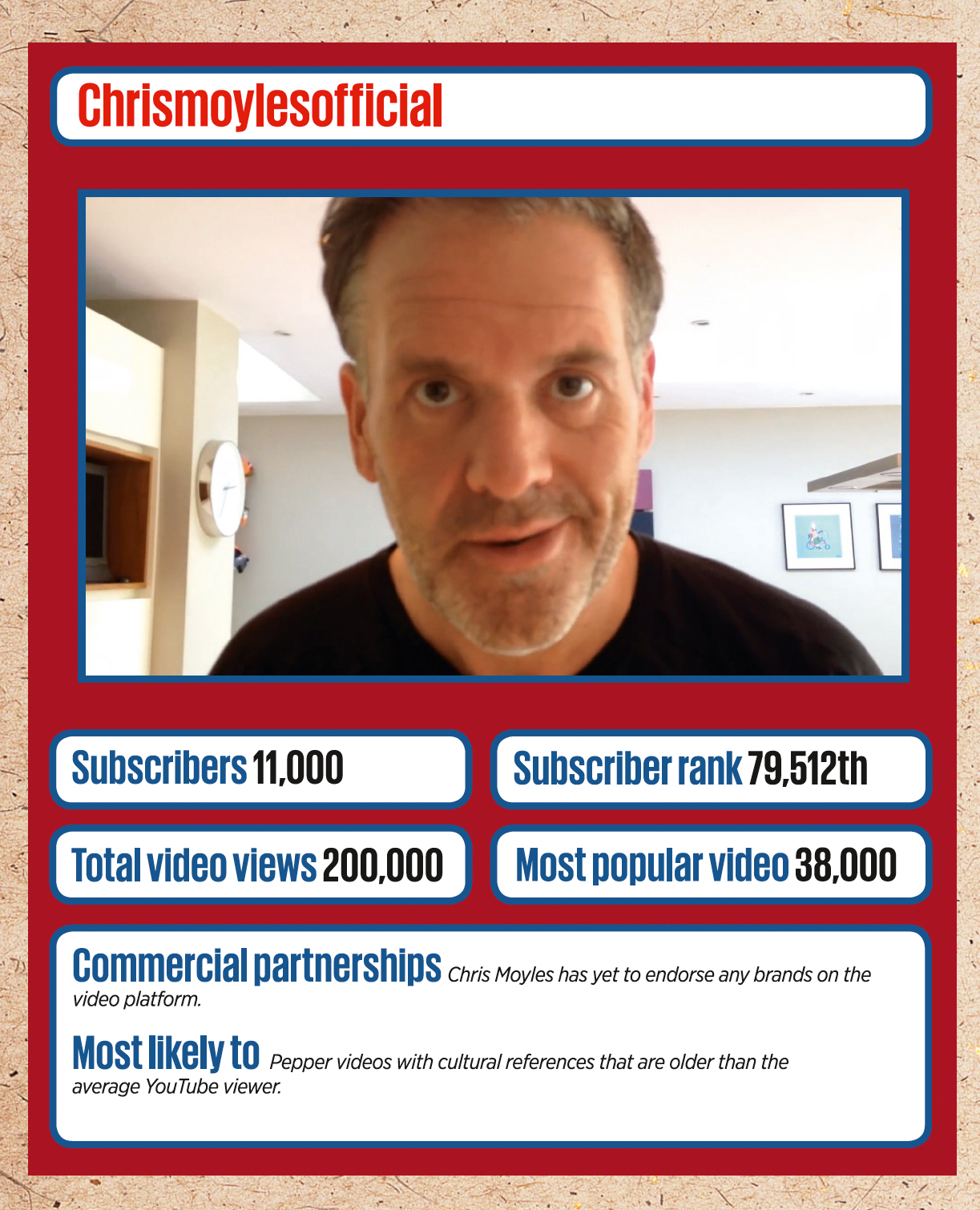 ‘Make it worth their while’ 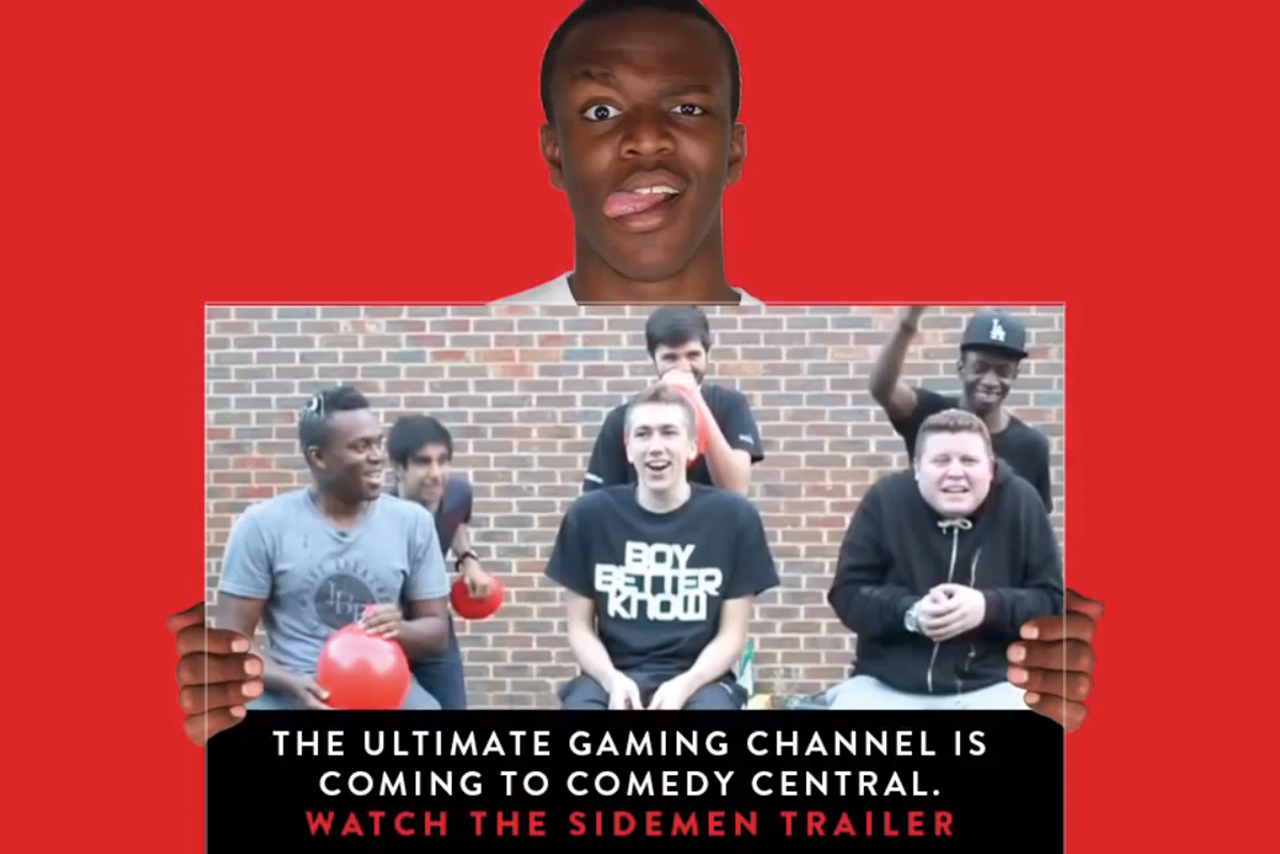 When I was relaunching Comedycentral.co.uk in the summer, my Viacom bosses kept instructing me to "make things go viral".

I assumed they were taking the piss, so I said: "Oh yeah, no problem. If you want us to make something that spreads instantly around the world and is watched by millions, we’ll knock one of those out in our lunch break."

Then, about a month later, something surprising happened. We really did make something go viral. We collaborated with Jay Pond-Jones of Colour TV and enlisted the You Tube superstar KSI to make a show called Demolished.

Why would a successful YouTuber want to get in a taxi to the big smoke and be told what to do and say by a producer?

KSI has seven million subscribers to his channel but was a fan of Comedy Central and liked the idea of being taken out of his comfort zone and put in MTV studios, where he was expertly humiliated by a gang of comedians in front of a live audience. We nurtured the idea for weeks in advance in close collaboration with KSI. He was not just a celeb for hire. His fans are like acolytes: he is careful about the stuff he recommends to them because there is a mutual respect. The show had to be right for him and for us. KSI: Demolished received 1.5 million views on its first day. Since then, it has been watched more than five million times.

Next, we paired up with Twelfth Man London to make The Sidemen Experience. The Sidemen are a gang of gamers-cum-pranksters with 14 million YouTube subscribers between them. The show featured the Sidemen competing in a gaming tournament while undergoing a number of endurances and indignities. Twelfth Man knows how to utilise YouTube talent: it combines a knack for entertainment formats (the producer, Simon London, made award-winning shows with Graham Norton and Jimmy Carr) with commercial nous (the company was started by senior ad producers and former RadicalMedia executives).

We launched the series on 31 October and it has already been watched more than six million times. 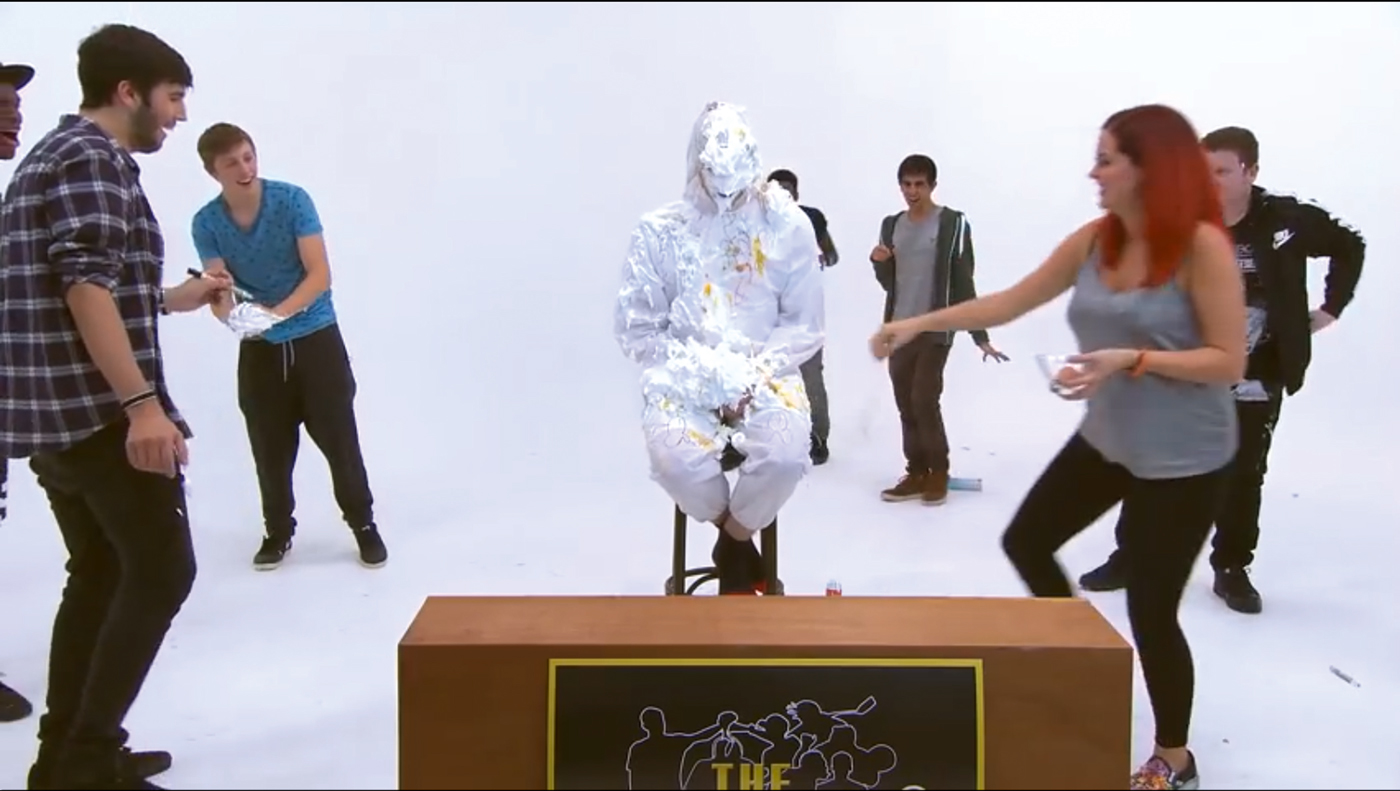 Working with YouTube stars is very different to working with mainstream ones. When I was the editor of Heat, many famous people were falling over themselves for press coverage and TV exposure. Half of the cast of Hollyoaks and several former Sugababes were hanging around in our reception most days on the off chance of an interview.

But YouTube stars have no great need to collaborate with big brands or old media. They get up when they want, create their own material without the need for any creative compromise and make their money without ever leaving the house. Most of the time, they say no to collaborations – even the lucrative kind. It’s not arrogance; it’s actually an impressive indifference to the synthetic trappings of old-fashioned celebrity culture.

It took a while for me to get used to their conduct. One day, KSI fell asleep during a meeting at Comedy Central headquarters. If Kerry Katona had pulled something like that at Heat, I would have booted her out of the building. With KSI, I realised he was tired from being up all night playing Fifa, so I gently woke him with a can of Red Bull and a biscuit. 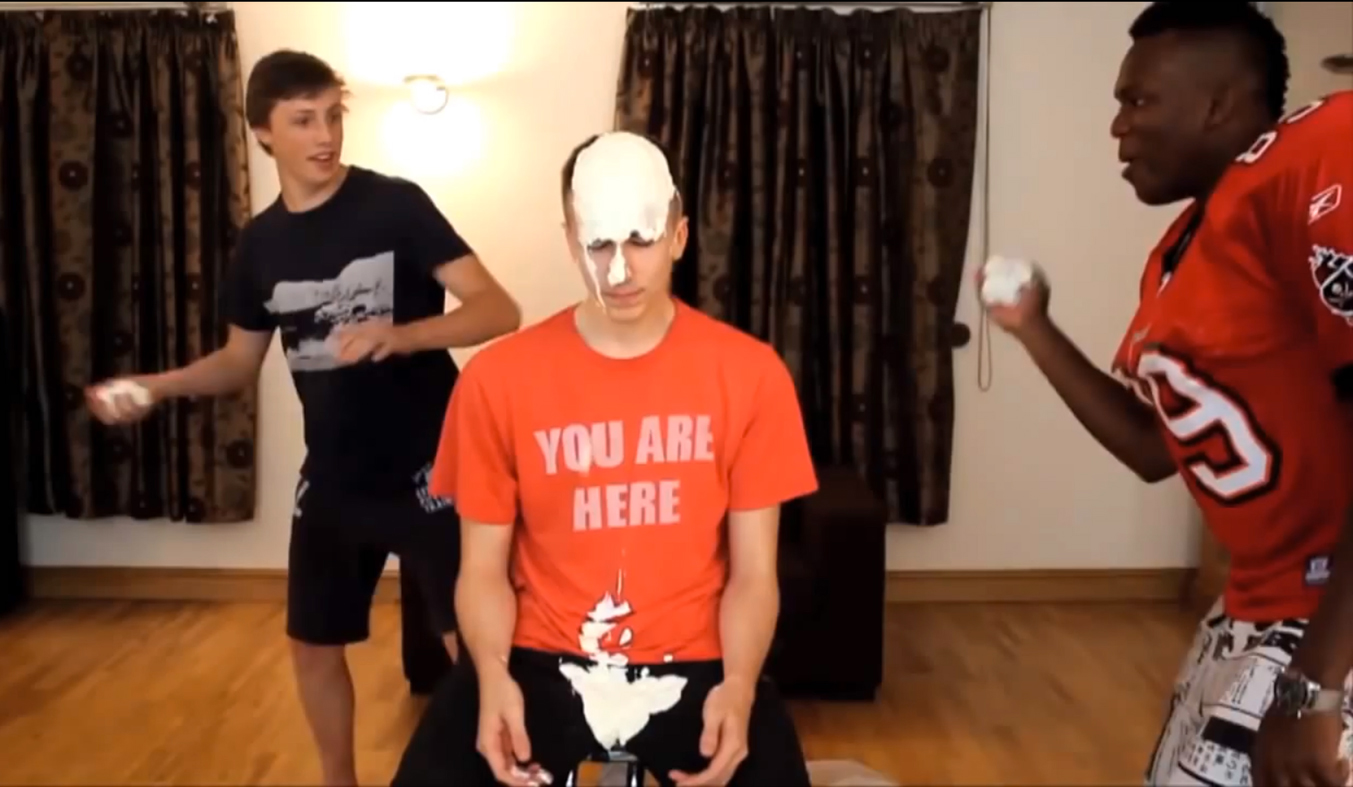 Many TV producers and marketing executives have been given the short shrift after giving the whole "I’m gonna make you a star" speech to big-time YouTubers. Why would a successful YouTuber want to get in a taxi to the big smoke and be told what to do and say by a producer when they could make the same amount of money for an even bigger audience by staying at home and doing their own thing? One of the YouTubers I worked with made so much money out of making videos in his bedroom that he eventually bought the family house off his parents and got them to move out. True story.

The most important thing to a YouTuber is their audience. The trick is to identify the point at which the tastes of their audience overlaps with the tastes of your own. And if you’re going to convince them to leave the comfort of their bedroom empires to work with you, you’d better make it worth their while. I find that laying on free Nando’s at every meeting goes down really well.