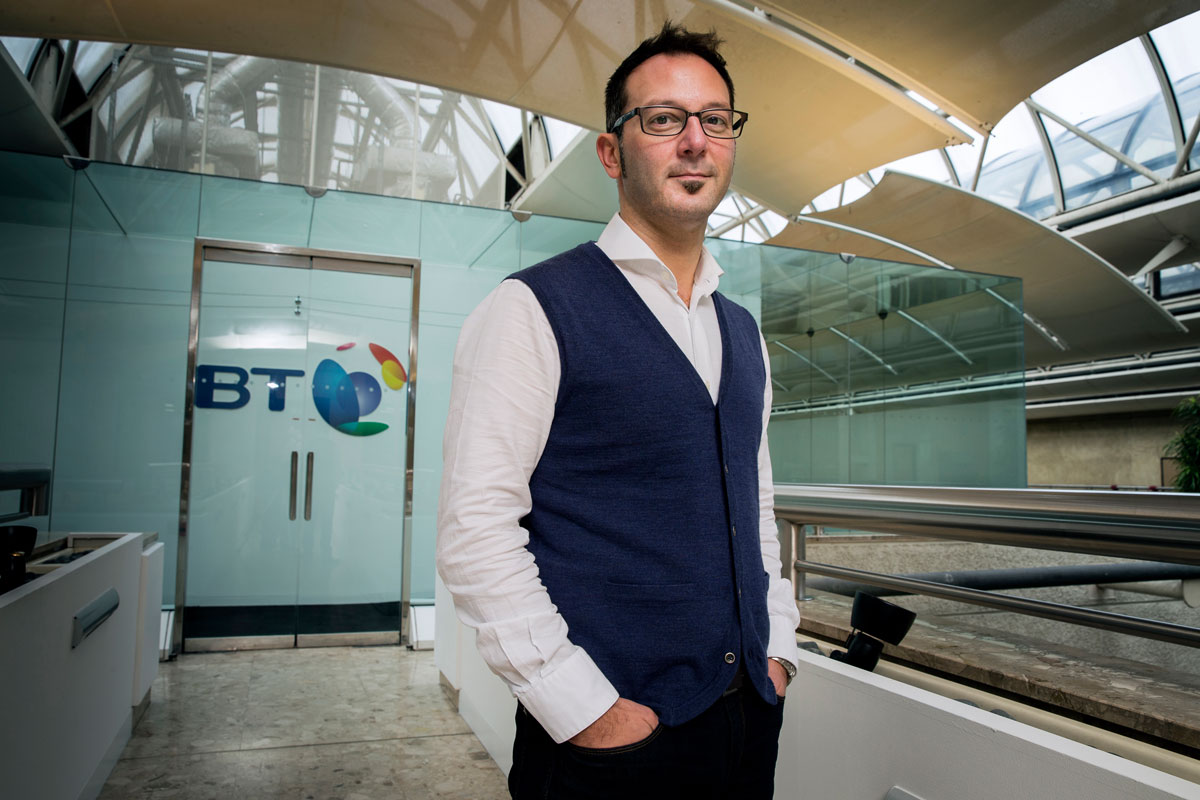 Having spent the majority of his career in FMCG marketing at Procter & Gamble, Al-Qassab sees his sector switch as a good next step to combine his experience in brand marketing, commercial and digital.

In his first few months at BT, Al-Qassab has been getting his hands dirty with the brand’s agencies to determine the future of the company’s marketing and advertising. He has described this as a huge challenge, due to the breadth of BT’s operations.

Al-Qassab is also a marketer with a heart – at P&G he was seconded to the Movember charity campaign and now leads BT’s work on Comic Relief.

"My tip is to judge yourself against your long-term vision, not on a daily basis," he says. "Ups and downs are part of any job, but are you making progress over the months and years?"

The Zaid I Know, by Rick Hirst, chief executive at mcgarrybowen

I first met Zaid after he’d just made the brave decision to walk away from a 20-year stellar career at Procter & Gamble. His new job at the time? CMO of HouseTrip, a young, ambitious and aggressive start-up in the online holiday-rental business.

Before our first conversation, the question I asked myself was "Why?" From the outside it certainly looked like an odd move. But then I met him and it became much clearer: here was a marketer who didn’t really fit the mould. He might have done a lifetime stint at one of the biggest (and oft-labelled strictest) marketing organisations there is, but his time there was littered with the sort of nimble, entrepreneurial and interesting work that stood him apart.

After 15 minutes of our first chat I knew we’d get on, a view cemented when he told me that it was he who pushed to bring Gillette and global charity Movember together – a counter-intuitive leap for a razor brand to ask people not to shave, but one that yielded an increase in brand-share for Gillette.

So what makes Zaid, Zaid? First let’s get the hygiene over and done with. You have to start with his name – it’s not Zayeed, Zayid or any number of other iterations I’ve heard (and mistakenly used myself).
The easiest way to remember how to pronounce it is to recall the drink of poorly grandmothers – Lucozade. Clear? Great.

Next is the set of principles that I’ve seen him stand by fastidiously and implement in all his interactions as a senior marketer. As an agency man myself, I suppose that means I have a certain angle, but it’s one that checks out with others I’ve spoken to who know him well.

"Zaid is never afraid of seeing ideas that make him ­uncomfortable, that might ­polarise people or are what others would consider ‘difficult to buy’"

Partners, not suppliers. Here at mcgarrybowen, we enjoyed having Zaid as our client on HouseTrip. He is someone who genuinely believes in creating business partnerships with his agency team. He hires agencies because they possess the skills that he and his team don’t have. It’s a respect for the skills of people, especially creatives, that initiates conversation around ideas and thinking. Clients get the work they deserve, and, in Zaid’s case, it couldn’t be more true.

Results and creativity can be comfortable bed partners.To Zaid, all marketing is commercial and he has a steely focus on ensuring that marketing efforts do one thing well – sell. The great thing, though, is that he truly believes creative marketing sells best and pushes himself and his agency hard to find ways that do both.

It’s not bad to be uncomfortable. The dictionary definition of creative is ‘original’, and for Zaid that means he’s never afraid of seeing ideas that make him uncomfortable, that might polarise people or are what others would consider "difficult to buy". To Zaid, the single worst reaction you can get from consumers is apathy. His Herbal Essences ‘Orgasm’ campaign ruffled many a P&G feather until it became the highest-performing campaign that the company had ever made.

Be nice. It sounds glib, but Zaid is a genuinely good guy and treats everyone with respect and integrity.  Underestimate him at your peril, though – he’s outspoken and will always tell you what he’s thinking; it’s just that he has an annoying habit of doing it in a disarmingly nice way.

So he’s a talented operator. What’s next for him?

Zaid took his current job as chief brand officer at the BT Group in the spring of 2015. In UK marketing there are few bigger jobs and I have no doubt that it will be a huge test of his skills. He will need his vision and focus on consumers to take on some significant challenges and opportunities that his new brands face both now and in the future.

There is the increasingly complex and legislation-heavy marketplace in broadband provision to get his head around. And with the planned acquisition of EE, which has been granted regulatory approval, there will be not only a brand challenge, but an operational one, too – how can Zaid develop the capabilities of the combined organisation?

It’s not the first time that he has taken on sizeable challenges. At P&G, he led the marketing and commercial teams through several high-profile acquisitions for Clairol and Wella, among others. He is clearly not afraid of the big ones.

In summary, Zaid is a breath of fresh air. An entrepreneurial thinker who cares deeply about world-class creative marketing. His passion for communications and their ability to drive behavioural and commercial change is infectious – and seemingly bottomless.