When the consultants met the creatives Profiting from artificial intelligence Blockchain: Myth versus reality The Year Ahead When brands take advertising in-house Back to the future: When Sorrell met MediaMonks

Campaign Breakfast Briefings provide the marketing community with thought-provoking opportunities to learn about where our industry is heading next.

In-housing is one of the hottest topics in the ad industry. Brands are demanding more agility and flexibility as they attempt to take greater control of their creative, media-buying and data.

"When brands take advertising in-house" was the subject of our 5th Campaign Breakfast Briefing , in association with Wunderman, the leading global digital agency and a WPP company.

There are big opportunities but also major risks and some marketers are likely to adopt a hybrid model that combines internal and external talent. At our briefing, we heard from brands, agencies, consultants and tech companies at the forefront of this change.

Topics that were discussed on the morning include: 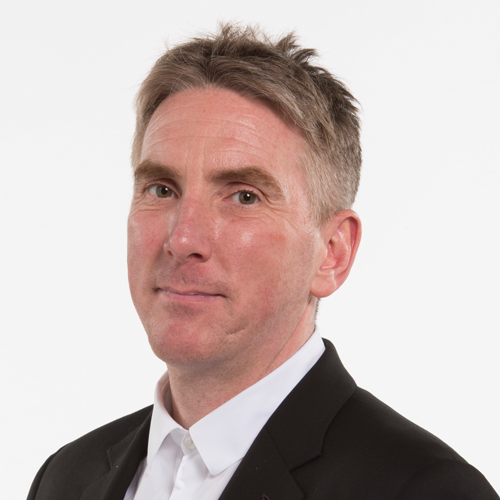 
Simon Buglione is director of Sky Creative Agency, the in-house creative agency for Sky, Europe's leading entertainment company and Britain’s biggest advertiser. Simon makes sure it delivers world-class creative on budget, on brief and on time and he has a broader responsibility to build an agency full of the very best talent. He joined Sky in 2007 as Creative Director at Sky News, moved to Sky Creative in 2014 as Creative Director for Sky News and Sky Sports, before becoming Executive Creative Director and then Agency Director in 2016. He has a degree in media production from Bournemouth University and went on to join BBC News in 1994 as a Camera Operator and later Studio Director. He rose to become Creative Director at BBC Sport where he oversaw and overhauled all set and graphics. 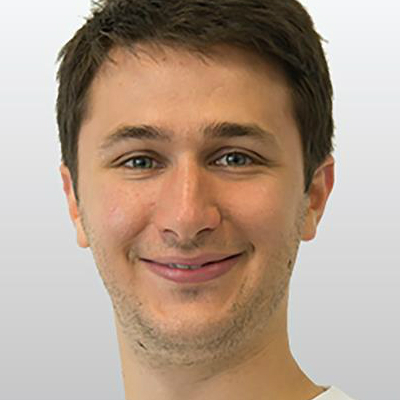 
Daniel is founder and CEO of Brainlabs, a performance marketing agency and PPC technology provider. As the self-proclaimed superhero of PPC, Daniel's mission is to change the future of advertising, whilst creating the best place in the world to work. Using data and automation to drive remarkable results for clients, Daniel has grown Brainlabs from 1-170 people within the short space of six years. 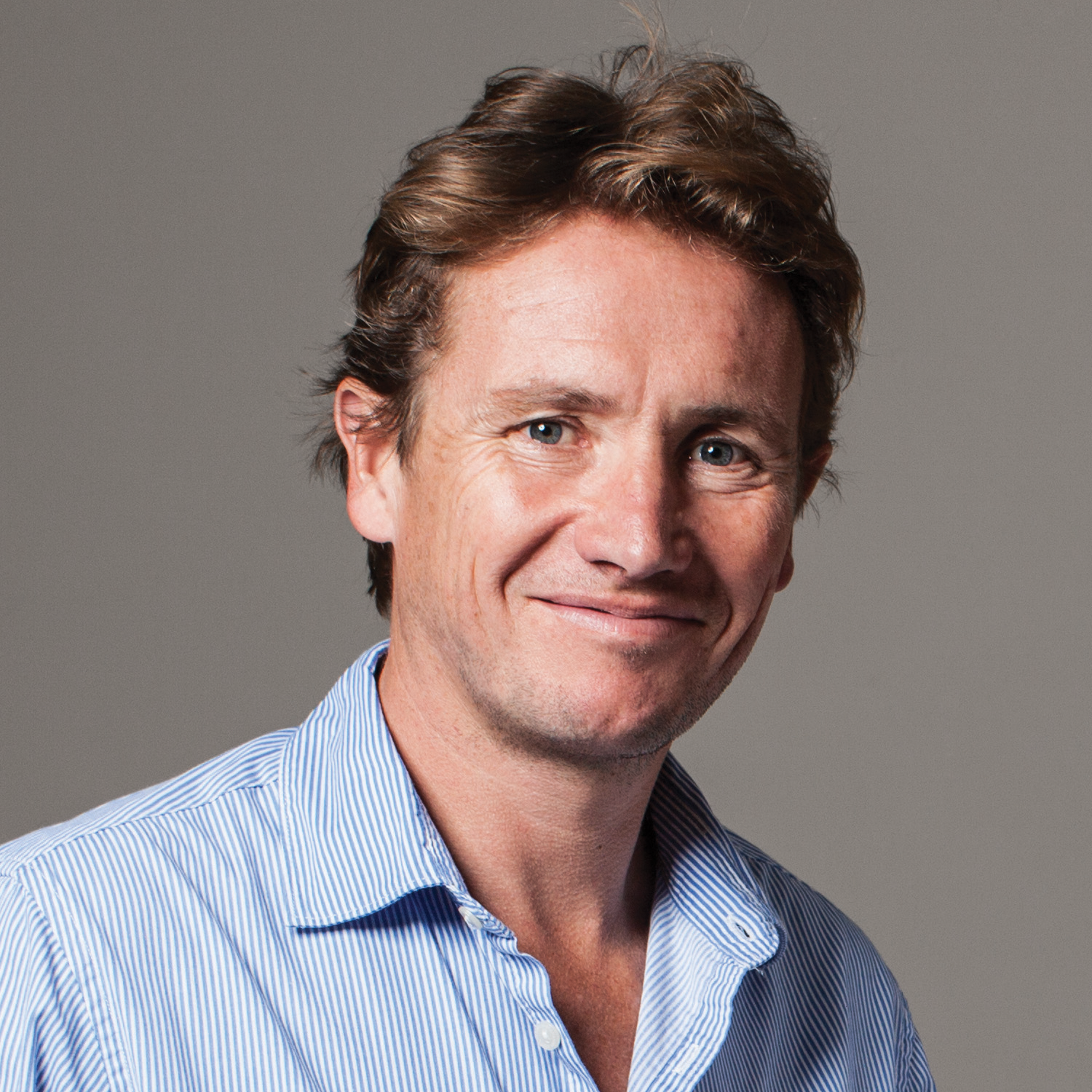 
Johnny is founder of The&Partnership: an international, new-model agency network built for today’s complex industry landscape, backed by WPP. Founded in 2013 and spanning all marketing disciplines, The&Partnership has grown rapidly thanks to its in-sourced ‘&Model’ agencies, with multi-disciplined, on-site teams working alongside clients’ marketing departments in new, nimble ways, to a single bottom line. Johnny previously founded CHI & Partners in 2001, sold 49.9% to WPP in 2007 and then transformed it into The & Partnership.

He is also chair of Sentebale, a charity co-founded by The Duke of Sussex and Prince Seeiso of Lesotho, to support children affected by HIV/AIDS in Southern Africa. 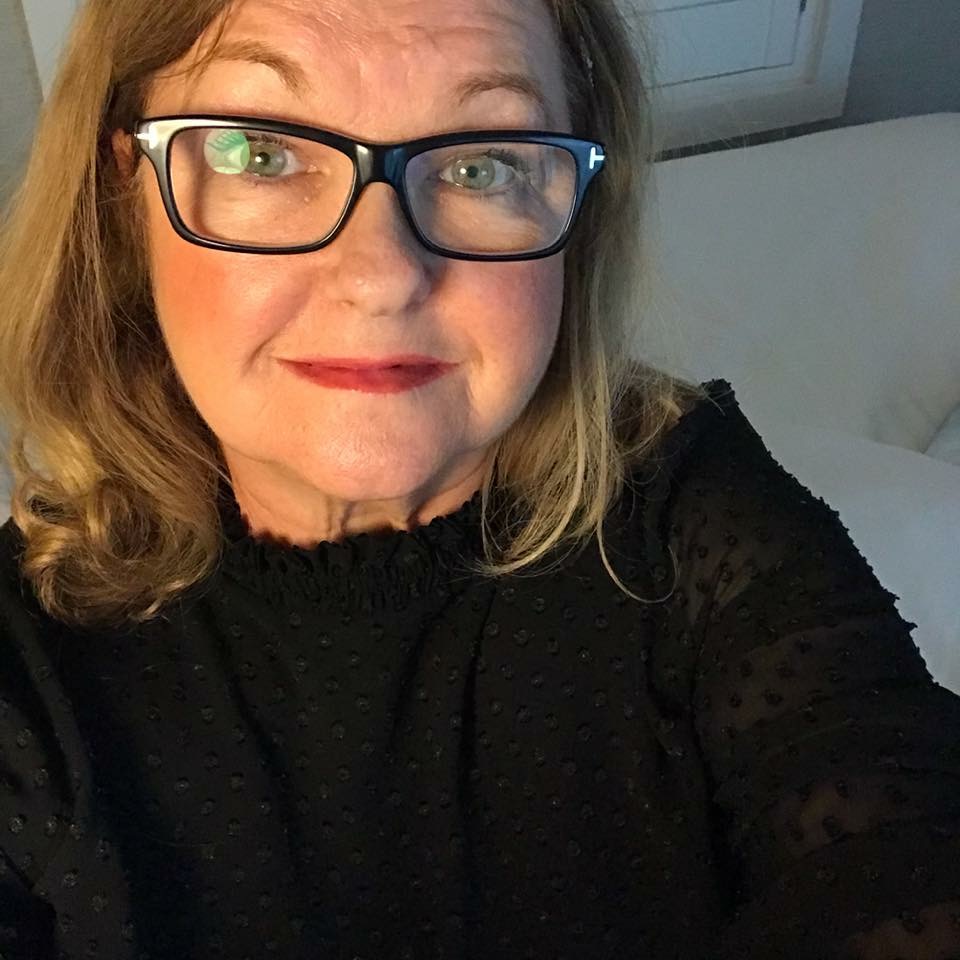 
Debbie runs the consultancy and best practice division for ISBA, the trade body for advertisers that represents over 3,000 brands in the UK. She advises members on a range of issues including marketing transformation, agency contract and fee negotiations and benchmarking, agency search and selection, relationship evaluation and general trouble shooting on client/agency issues. She is an expert in agency marketplace trends with three decades of experience and is always looking ahead of the market to the next thing to impact the marketing community. Debbie also acts as a coach and advisor to many senior advertisers, is a mentor for tech start-up University Cribs and a member of WACL 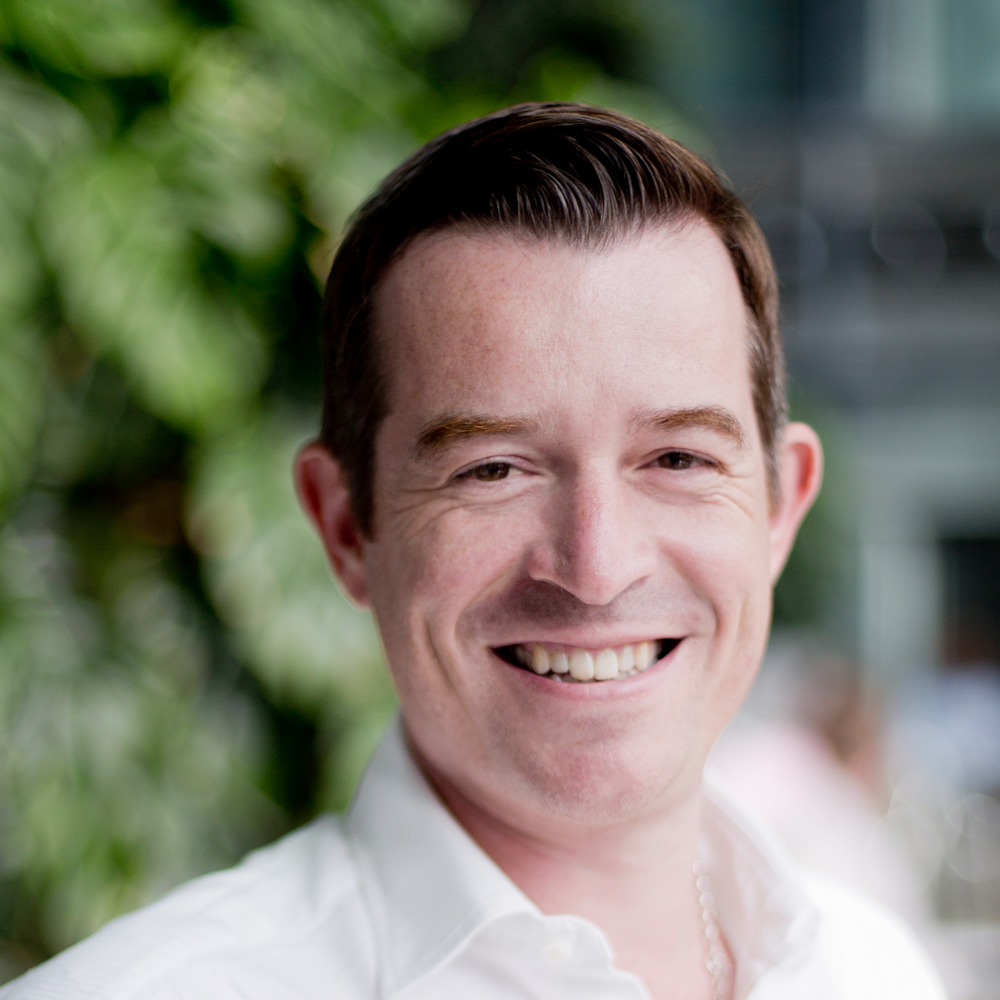 
Alex joined Barclaycard in 2001 and has been marketing director since 2017. He is a creative strategist who has developed his marketing skills by working in consultancy, in agencies and client side. The consistent threads have been working with scale service brands and in change environments. He helped to launch Virgin Media and the AmEx blue card and has won awards for performance and brand marketing, strategy and execution across new and traditional channels. He has a First in History from Oxford University 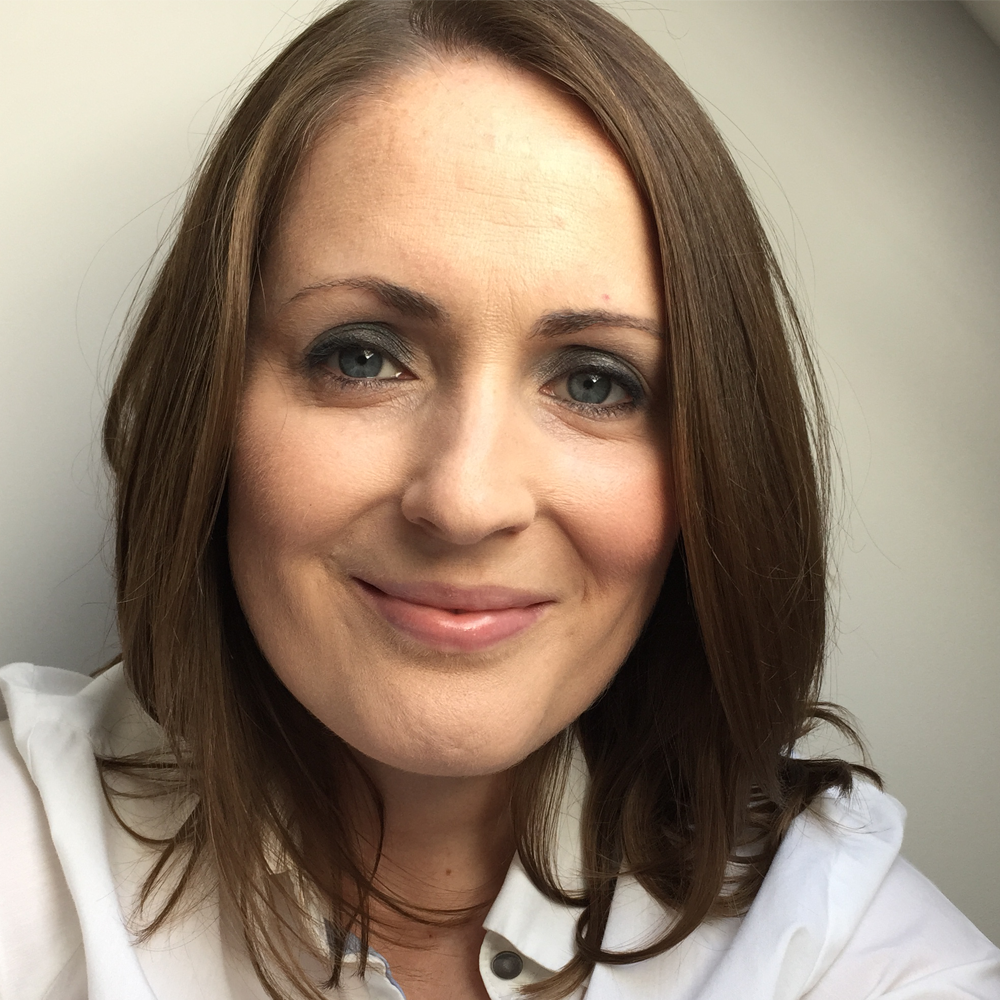 
Catherine has been chief marketing officer for The Times and Sunday Times since 2016, after joining News UK as marketing director for Times Newspapers Limited in 2015. She is custodian of the brand, working closely with the Editors, and is responsible for all TNL content revenue streams, including managing proposition and audience development and customer acquisition and retention programmes. She was previously global brand & B2B director at the Financial Times and has extensive experience in brand positioning and development within the media. She began her career at Associated Newspapers and USA Today. 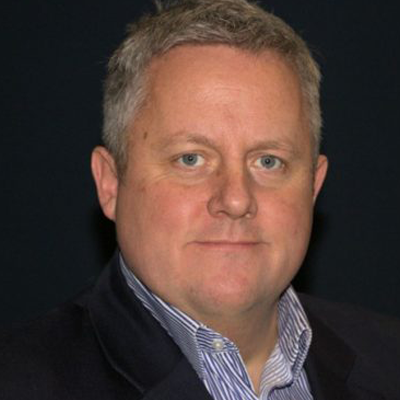 
James Sanderson is managing director of Wunderman Inside, a new on-site agency model, which launched in March 2018. He brings two decades’ worth of digital – on-site and off-site – agency experience. In the late 1990s, James helped to establish one of the first digital agencies in the UK, DNA (now SapientRazorfish). He went on to join Glue London as COO, helping it become one of the most awarded creative digital agencies in the world, ranking in the top 10 in WARC’s GUNN Report 2006-2008. James was instrumental in the 2005 sale of Glue to Aegis Media, which was setting up its global digital agency network, Isobar. After a spell in consulting, James joined Digitas as UK President and, later, joined on-site agency specialists OLIVER, becoming COO in 2017 and working with many client-located teams. James joined WPP’s Wunderman earlier this year.


Martin Verdult is managing director of MediaMonks, the global creative production platform, in London. He was the first senior appointment at MediaMonks’ following its merger with Sir Martin Sorrell’s S4 Capital in July 2018. Prior to moving to the UK, the Dutchman was managing partner at Ogilvy & Mather Shanghai. Martin's 20 years of experience in digital advertising and business management has seen him work with digital native agencies Digitas LBi, Lost Boys and Razorfish, and leading brands Korean Air, InterContinental Hotel Groups, H&M, Mondelez International and Budweiser. 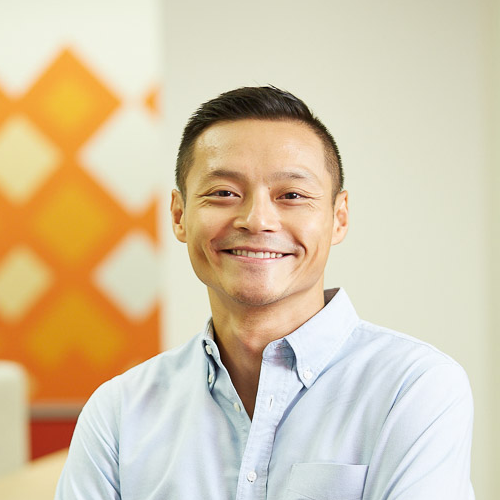 
Kevin has more than 13 years of international digital advertising industry experience working in markets across three continents in Australia, Asia and Europe. He advises and develops assurance programmes to help PwC’s clients navigate the complex and murky world of digital and programmatic trading. He has previously worked in senior leadership roles for Dentsu Aegis Network in Singapore, for MediaMath in an “on-site” programmatic buying team for Coles Supermarket Group in Australia and media owner Unlockd in London.